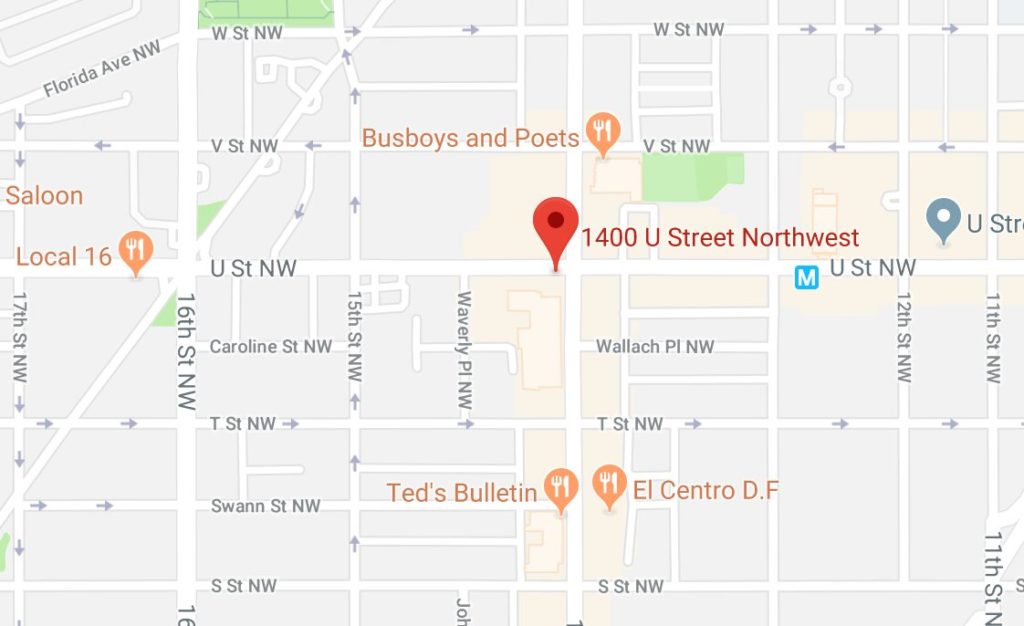 “There was no shooting. There was an assault in the alley where 4 individuals assaulted a victim, with one striking him with a firearm. According to witnesses a 5th individual took the firearm and discharged 1 round into the ground to disperse the crowd. We were able to locate one suspect who was positively identified as one of the assailants and placed under arrest, but the weapon was not recovered.”

Will first reported around 10pm: “Something happened at 14/U in alley between City First Bank and Goodwood. Large police/EMS presence. Chopper overhead.”

Caryolyn replied: “Is there any more info on what happened? Was at Busboys last night and watched crowds run in a panic outside the window three times over an hour.”

Kevin reports this morning: “Someone got shot in that alley. It happened a little after 10 PM. I passed by just as first responders were getting there. No idea if shooting victim survived. They had searchlight helicopters covering the whole area shortly after.”