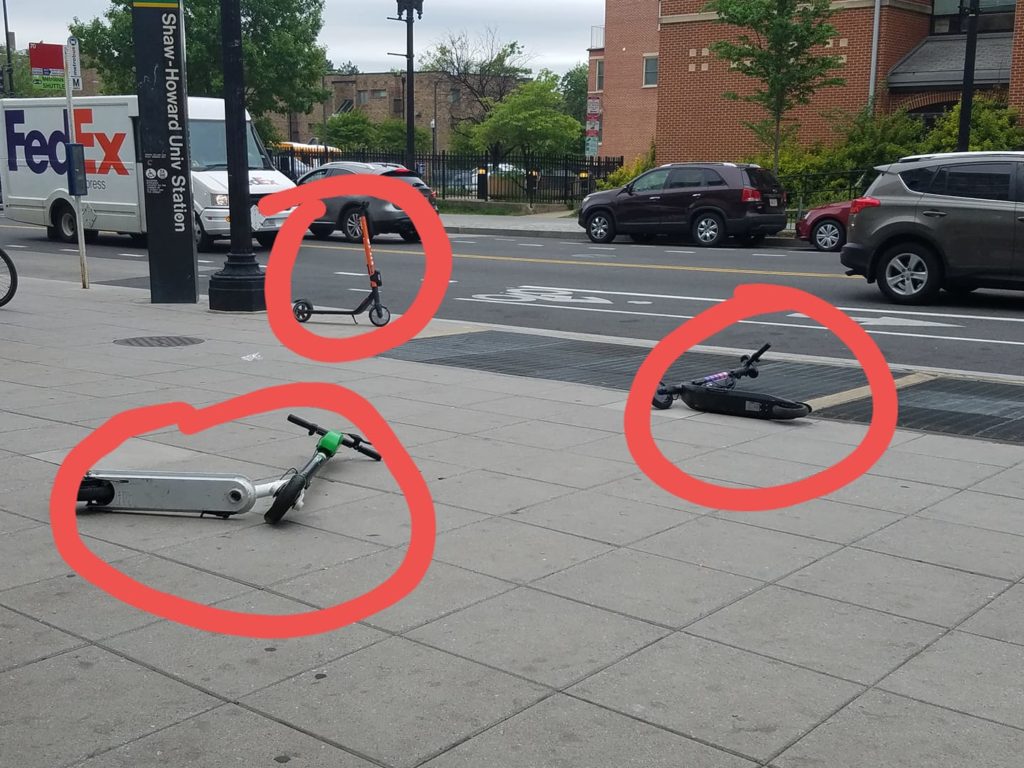 Yesterday I was walking by shaw metro around 5 pm, and it looked like a junkyard for electric scooters – see picture. How does this fit in with the vision for making DC beautiful?

About an hour later, on my way back at the same location, a young woman zoomed past me on one of these scooters. She almost ran into people on the sidewalk and barely swerved past them. Then I heard the guy behind me muttering something along the lines of – next time someone does that to him on a sidewalk, he is just going to stick his knife in them. Then he yelled across the street at someone else on a scooter, telling them to slow their ass down.

I am not sure who’s scarier – someone zooming into a crowded sidewalk on an electric scooter, or the guy threatening to knife her! We have seen a lot of comments on collisions between scooters and cars (I have seen several myself in the last year), but I have not seen much discussion on pedestrian safety on sidewalks – and it looks like some people are getting very very angry with this situation, and it could boil over.

A neighbor told me one of her friends recently tripped on an electric scooter lying on a dc sidewalk while running, shattering her knee caps.

Also just an FYI, before anyone assumes otherwise – this particular incident did not seem to have any gentrification or racial overtones. The young lady zooming past people on the sidewalk, oblivious to their reactions, was African American, and so was the older guy muttering about his knife. Other pedestrians scowling at her as she zoomed past were from all ethnicities.”