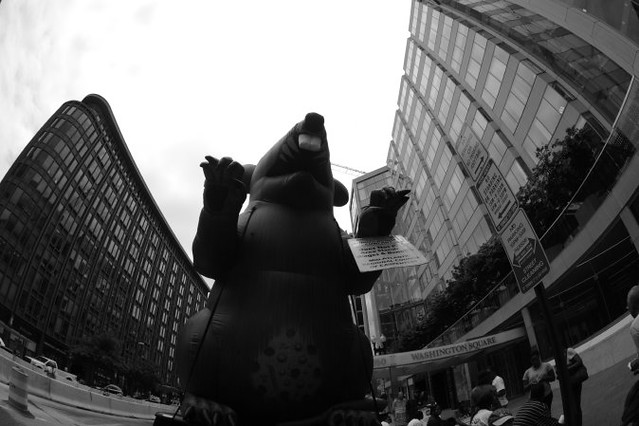 I have a dilemma that I’m hoping to get the community’s feedback on: there is a huge rat problem on the 800 block of Upshur St. NW (front and back) largely due to the activities of one of the residents, an elderly woman who leaves cat food on her front porch and pigeon feed in her back yard. I’ve seen rats scurry up to the porch at all times of the day for the cat food, and in the evening–once the pigeons have left for the day–they eat the remaining bird feed. It’s become so bad that they’ve actually burrowed in both the front and back–I’ve seen entire families come-up from under the sidewalk.

As you can imagine, this is especially concerning given the proximity of the children’s park. Now, I want to be fair and acknowledge that the growing number of restaurants have of course contributed to the problem; however, I think it’s also fair to say the cat/bird food offerings are not helping.

My dilemma is I’m not sure what to do, or if anything can be done. I think the city was once notified but said they couldn’t do anything because it was private property, which I found ridiculous since it’s affecting the entire block. Has anyone else been through something similar? Any advice as to what to do, if anything?“