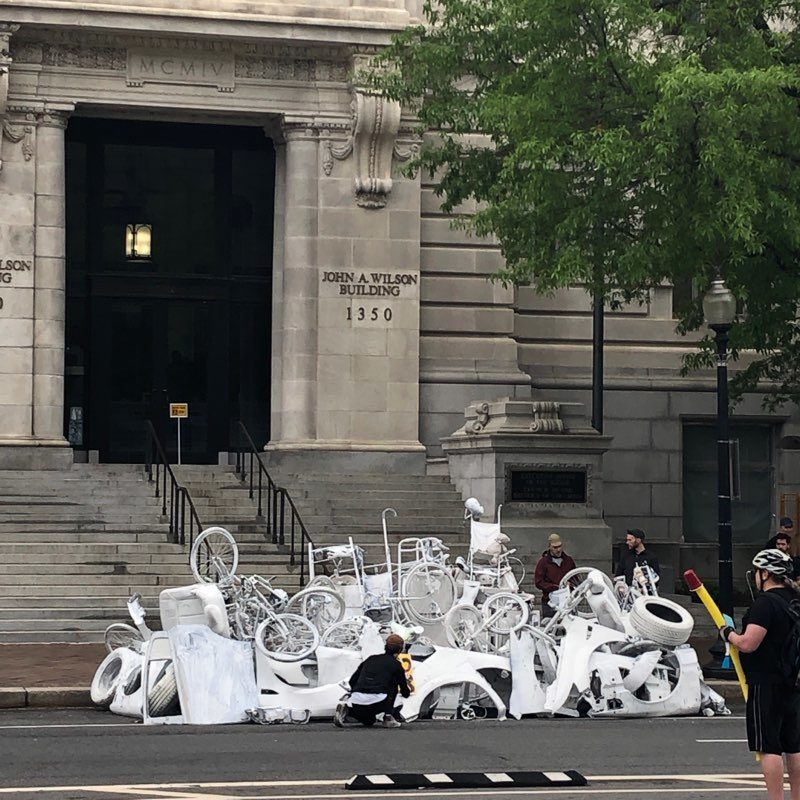 “In the wake of three fatal traffic crashes in one week (one driver, one pedestrian, and one bicyclist were killed), hundreds of residents, DC Councilmembers, ANC Commissioners and advocates gather to demand swift changes to the District’s streets. 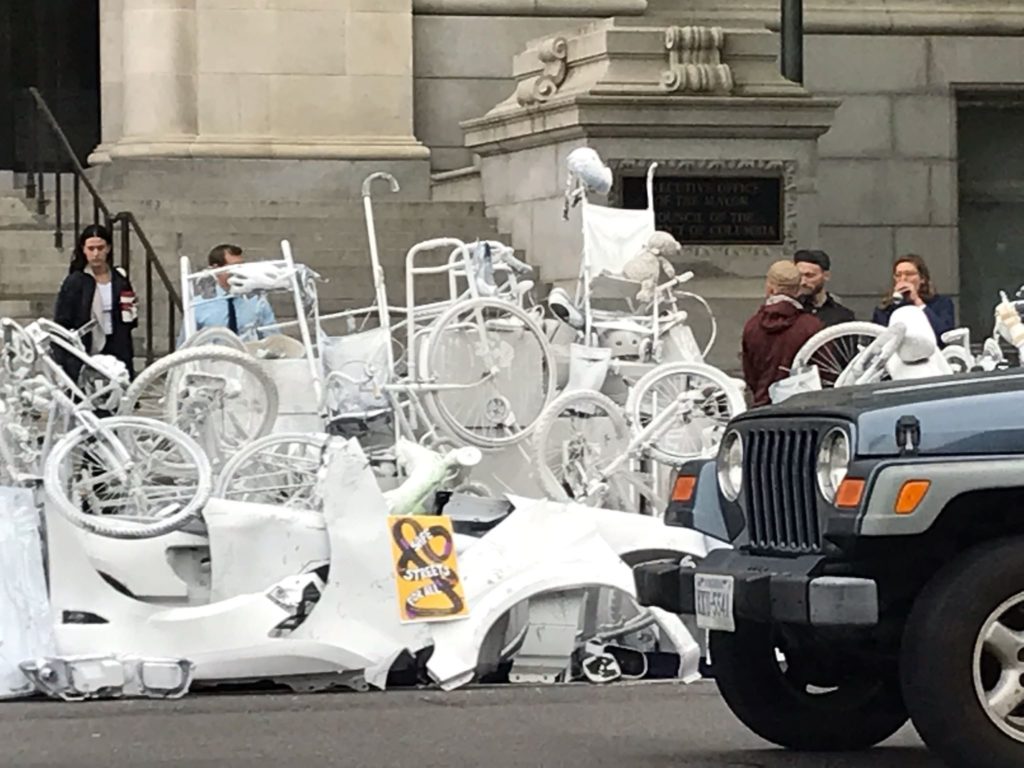 Why : A possible legislative announcement, stark visuals, and a compelling vision of a safer street network.

More information about the rally can be found on facebook. Vision Zero is DC’s initiative to end all traffic fatalities by 2024. Eight people have been killed this year on DC’s roads.” 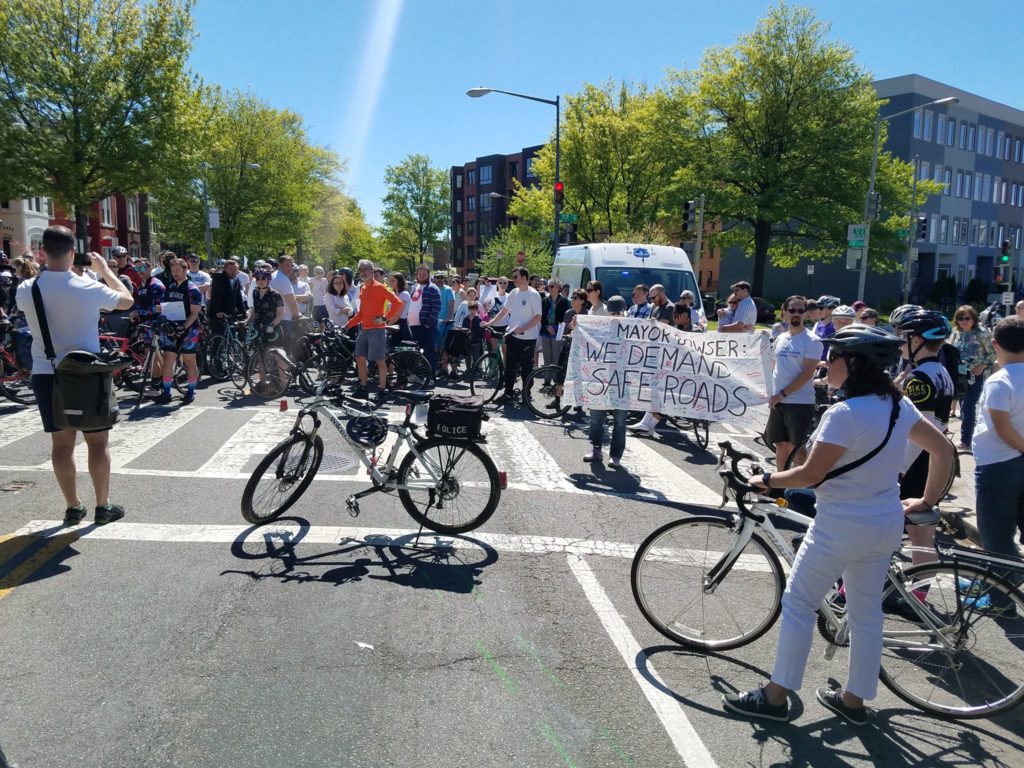 Where Dave Salovesh was killed cycling at 12th and Florida Ave, NE.