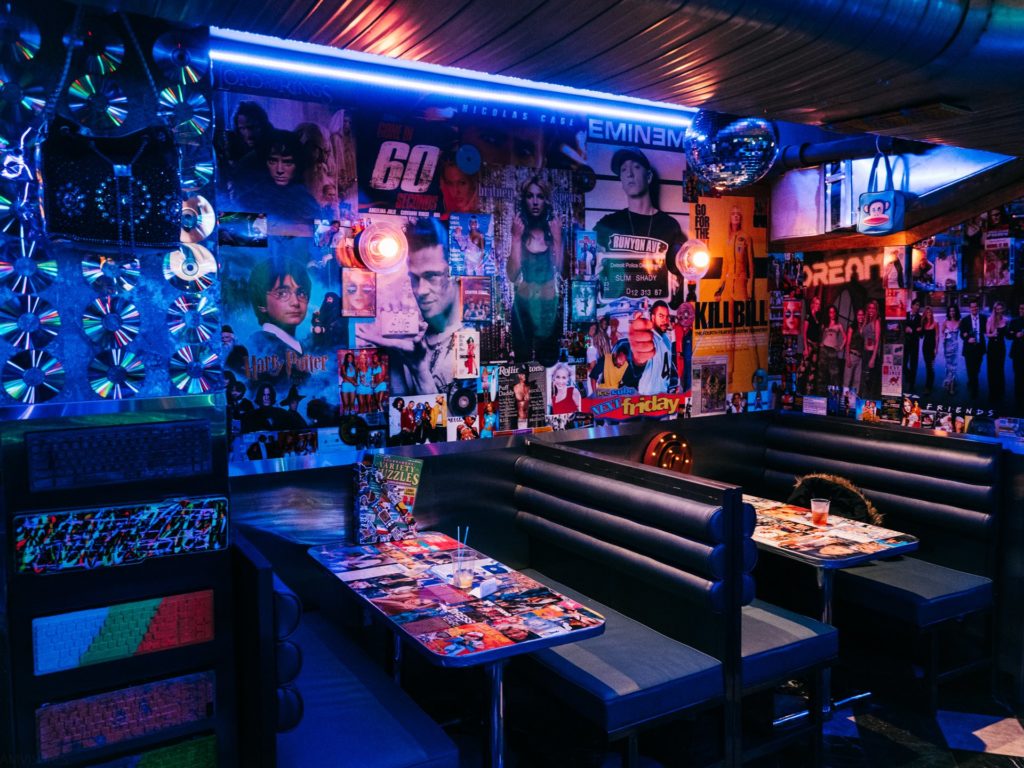 “The new Y2K pop up bar was designed and built by two local female artists. Anna Pineapple and Kira Tai are the founders of Pineapple Tai Entertainment, a boutique arts and entertainment company.

The pop up bar features a 2000 New Year’s Eve ball drop, Lisa Frank tribute wall, a retro game room, and hundreds of collectible items from the late 90s and early 2000s. Among the things you’ll see on the bar: all 5 of the *NSYNC marionette dolls, flip phones, hit clips, furbies, Macintosh computers, and all your favorite forgotten movies, artists, and books.

The bar tops and tables are covered with hand cut and arranged magazine clips and photos from 1995-2005. There are over 1,000 CDs on the walls and hung from the ceiling.

There are themed cocktails on the menu including Spiced Girls, Red Hot Chili Peppers, Baby Phat, and Kill Bill. Food is also served from the restaurant downstairs, Rewind.”

More details from the press release:

When owner Antonis Karagounis approached Pineapple Tai, he had one thing in mind. “We decided to give our customers an even more memorable experience. We are the retro leader in the area, so who better to create this?”

Among the things you’ll see at the pop-up:  a glow in the dark Nintendo area, all 5 of the *NSYNC marionette dolls, flip phones, hit clips, furbies, Macintosh computers, and all of your favorite forgotten movies, artists, and books.

The bar and table tops are covered with hand cut and arranged magazine clips and photos from 1995-2005. There are also over 1,000 CDs on the walls and hung from the ceiling. 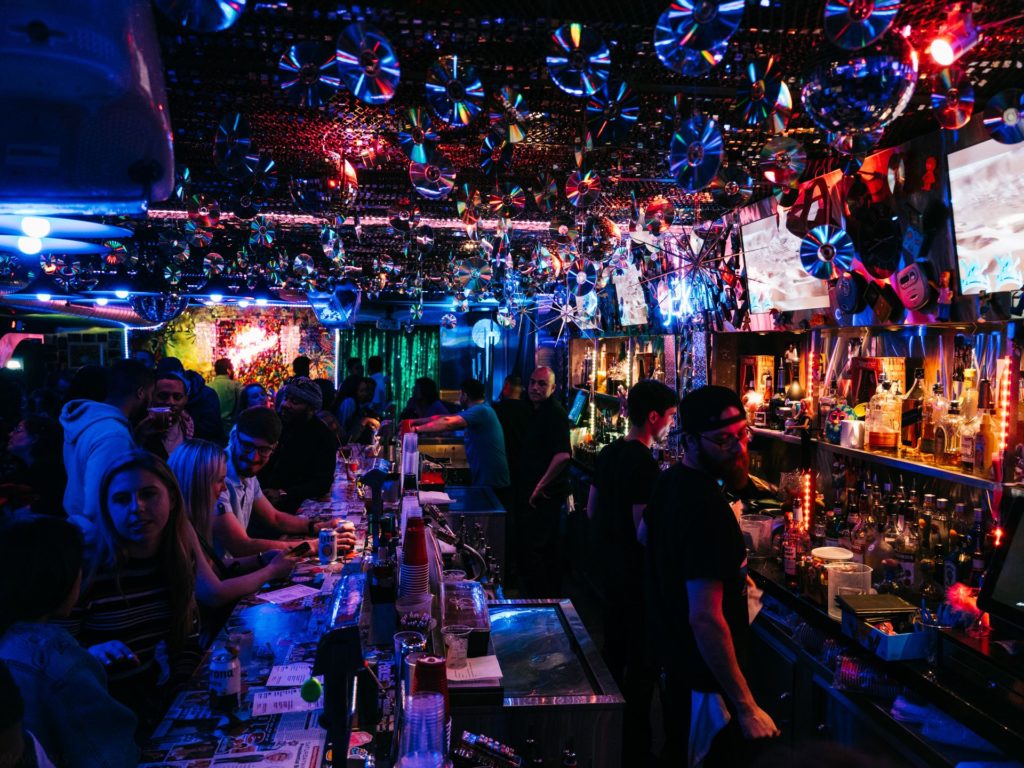 Cocktails and food from the era will be highlighted. The seven cocktail menu features fantastic flips on popular modern beverages with fun retro themes and names. Drinks like the Red Hot Chili Peppers — a spicy Jameson beverage — or Peach and Vanilla cognac cocktail the Kill Bill, are two highlights. As well, Rewind menu favorites like Philly cheesesteak subs, Unicorn waffles, and more will be available.

Pineapple Tai Entertainment is responsible for the Y2K Pop-Up reimagining. Anna Pineapple and Kira Tai created Pineapple Tai, a boutique Arts and Entertainment Company, with the vision of bringing art into social spaces, giving people a novel and memorable experience. They are local artists with extensive experience in party decorations whose work as display entertainers, makeup artists, and designers at Echostage and Decades has been an intrinsic part of both venues’ recent growth and success.

“The details are what really make this pop-up bar special. This is not a turnkey pop-up. We sourced 20-year-old magazines, cut them up, and collaged every inch of this place. Want to read Rolling stone’s review of The Prodigy’s album from 1997? We have that. Interested in bruising your ankles on a razor scooter after a few cocktails? We can make that happen. Ultimately this is the result of two women who miss pressing a button 3 times [on an old school T3 keyboard] to get to the letter C.” -Anna

“I want the nostalgia to hit people at every glance! Music, games, toys, pop culture, celebrities… there was so much happening that was fun and outrageous at the time” -Kira