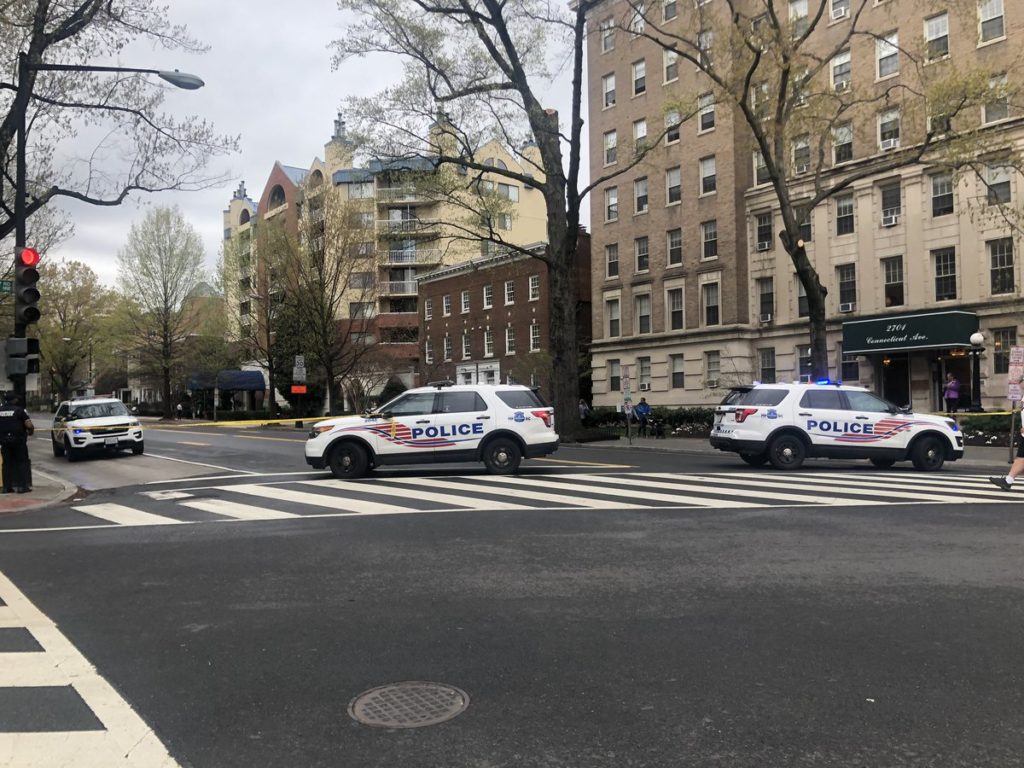 “The Metropolitan Police Department, Second District announce that on April 12, 2019, approx. 1715 hours, the Second District responded to a call for a suspicious package in the 2900 block Connecticut Avenue, Northwest. Vehicles and pedestrian traffic were ceased in all directions in the 2700 to 3300 block of Connecticut Avenue Northwest. Subsequently, the suspicious package was deemed to be safe, and all vehicles and pedestrian traffic have been restored.”
‏
From MPD:

“At approximately 5:15 PM, members of the Third District attempted a traffic stop on a vehicle in the 2600 block of 11th Street NW. The vehicle, which was determined to have been reported stolen, fled from the scene of the traffic stop and was last seen heading towards Columbia Heights.

Additional units responded to the area to search for the vehicle and located it traveling northbound on 14th Street NW. When the vehicle observed the marked MPD units, it again attempted to flee but struck 2 metro buses.

At this time, we are investigating several collisions involving the fleeing vehicle however there do not appear to be any injuries.

More Stories
If You’re Looking For Breaking News over the WeekendWoman Shot While Sitting on a Stoop 11:15pm in Columbia Heights