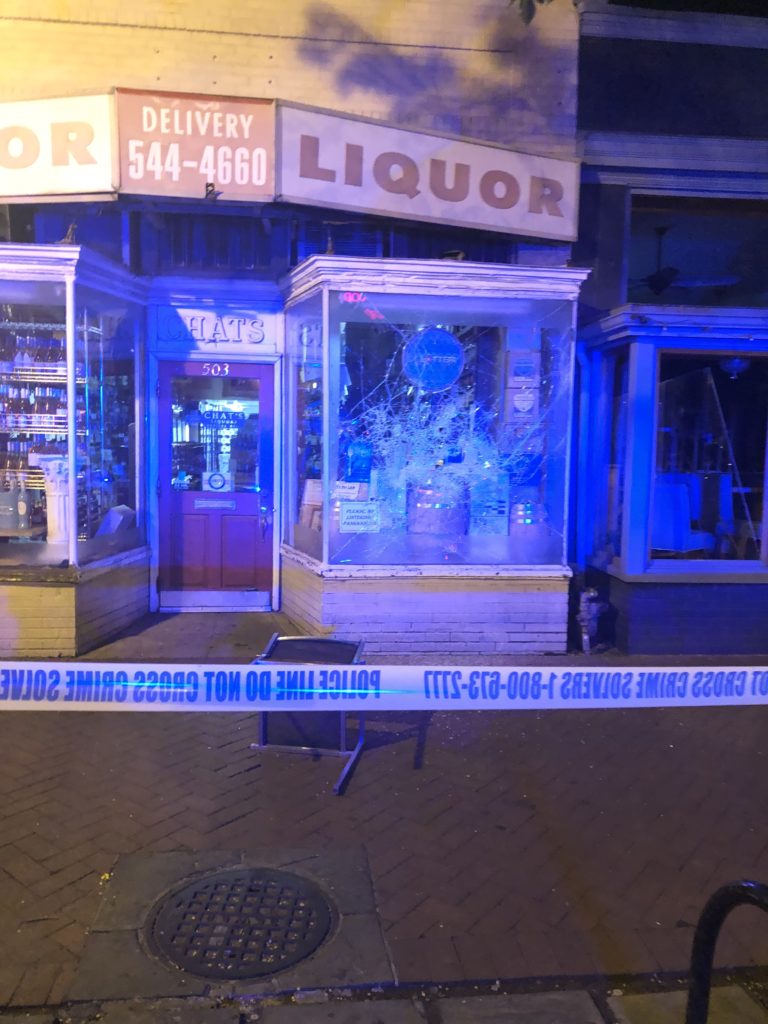 “11pm Sunday night police had the entire 500 block of 8th Street blocked off because someone with a chair broke every single window from Ophelia’s Fish House to Frame of Mine. Major damage.

Police said it was someone with chair and have no other details.”

“Frame of Mine store manager William Hauck said the store owner, Celeste Webb, was working a late night and heard the glass shatter. “She said that apparently, the marines identified him, and the police got him,” Hauck said. The chair used by the suspect was still in the shop Monday morning.

Witnesses said police believed that mental illness was a factor.” 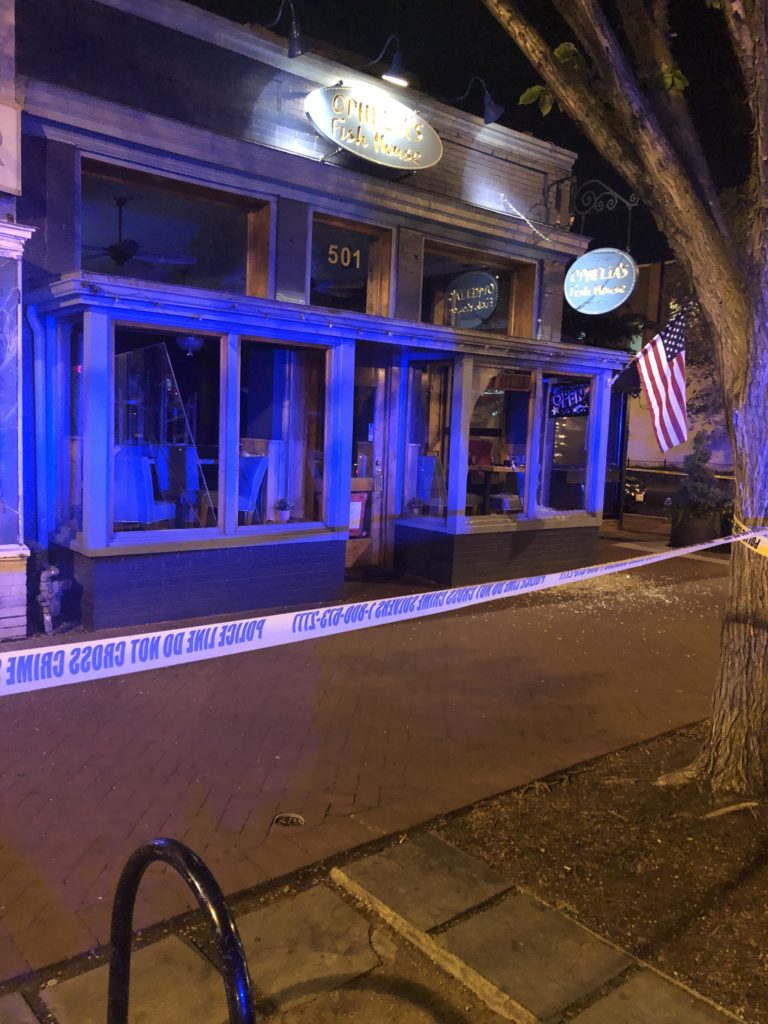 Next
“14th and W NW Valero gone, sounds like Panino is next”