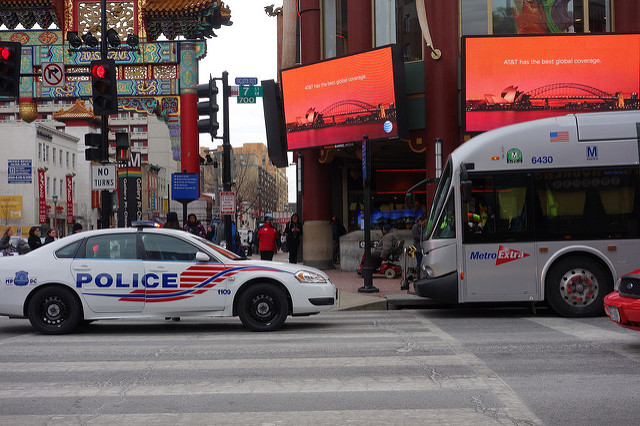 Over the last 10+ years, I relied on the X2, the 90s and the D4 to commute for work. I’ve seen folks get turned away for not having fare, and I’ve seen folks allowed to ride even if they don’t have fare. I have NEVER seen wmata police pull someone off a bus.

I’m not even going to get into the other crazy (and illegal) things I’ve seen on the bus over the years. This is upsetting because husband asked driver if he should get off the bus – and wasn’t told to leave. Has this happened to anyone else?“