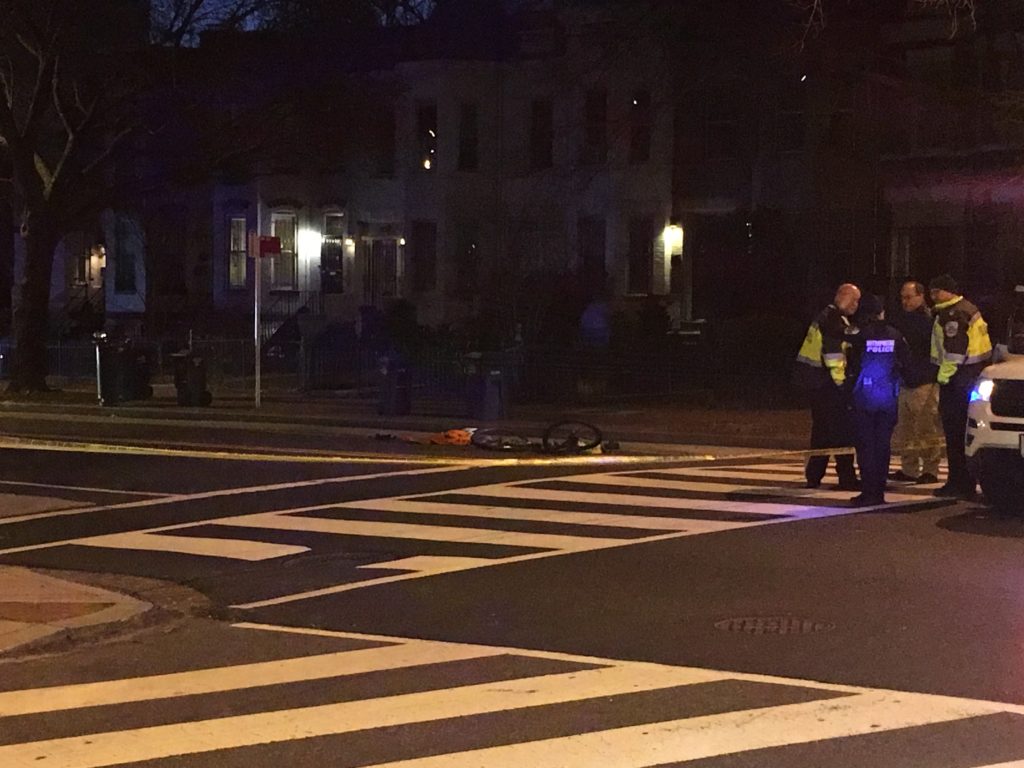 Thanks to all who reported this horrible crash around 5pm last night:

“Entire street closed at NJ. Helmet and jacket on ground looked to be soaked in blood next to mangled bike. Horrifying. Hoping the victim is OK but I have no idea as to their condition.”

“NJ & R crash is bad. There’s a mangled bike and a garbage truck.”

“Police say the bicyclist was conscious and breathing when officers arrived and was transported to the hospital.

Police say the driver stayed on the scene after the accident.”

Updates when/if more is known on the cyclist’s condition.

“On 3/6/2019, at approximately 12:25 AM, Fifth District Officers responded to the 1500 block of Rhode Island Avenue, NE, for the report of a pedestrian that had been struck by a vehicle. The officers arrived on the scene and located the victim, an adult male, laying in the roadway, unconscious and barely breathing. The victim was rushed to a local hospital for treatment of serious injuries. The striking vehicle did not stay on the scene, and was last seen fleeing westbound on Rhode Island Avenue, NE, from Franklin Street, NE.

The suspect vehicle is described as a gray van, with dark tinted windows, and a roof rack. No tag information is available at this time.

This case is being investigated by members of the Department’s Major Crash Investigations Unit.