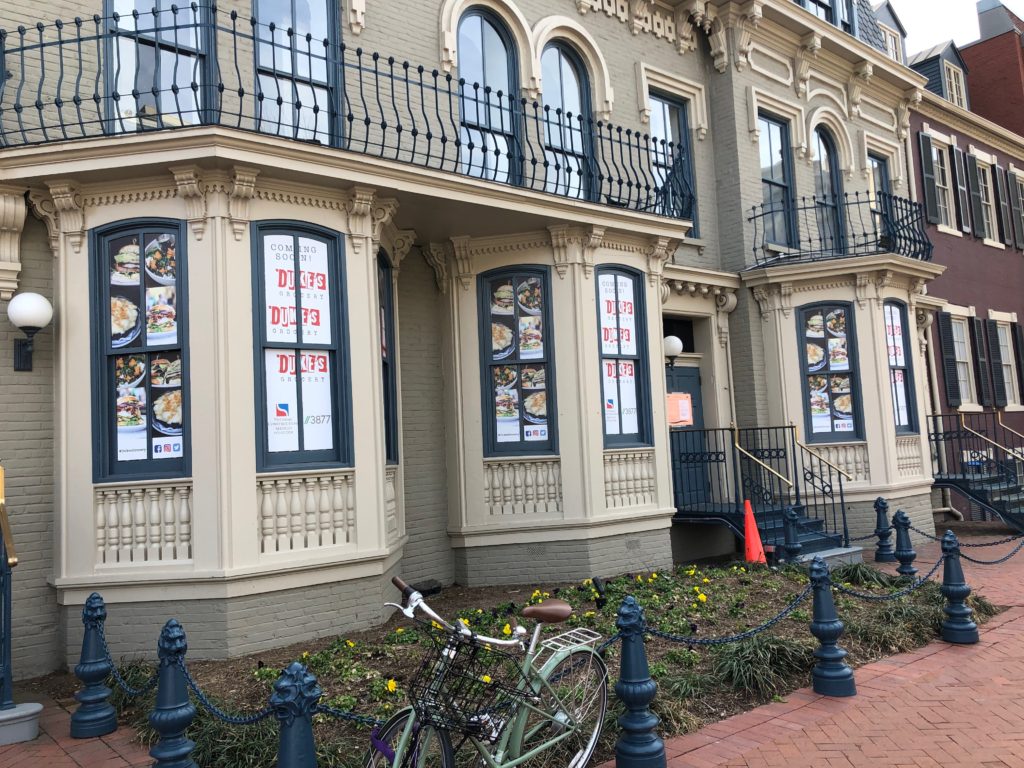 Thanks to Anna for sending:

“I walked by the 2000 Penn NW block yesterday and saw a Duke’s Grocery is going in! I’ve never eaten at one but hear fanatic things. Thought people would be excited about this.”

Excited we are!! Back in December 2017 we shared some details from “The team behind Duke’s Grocery in Dupont Circle and Duke’s Counter in Woodley Park