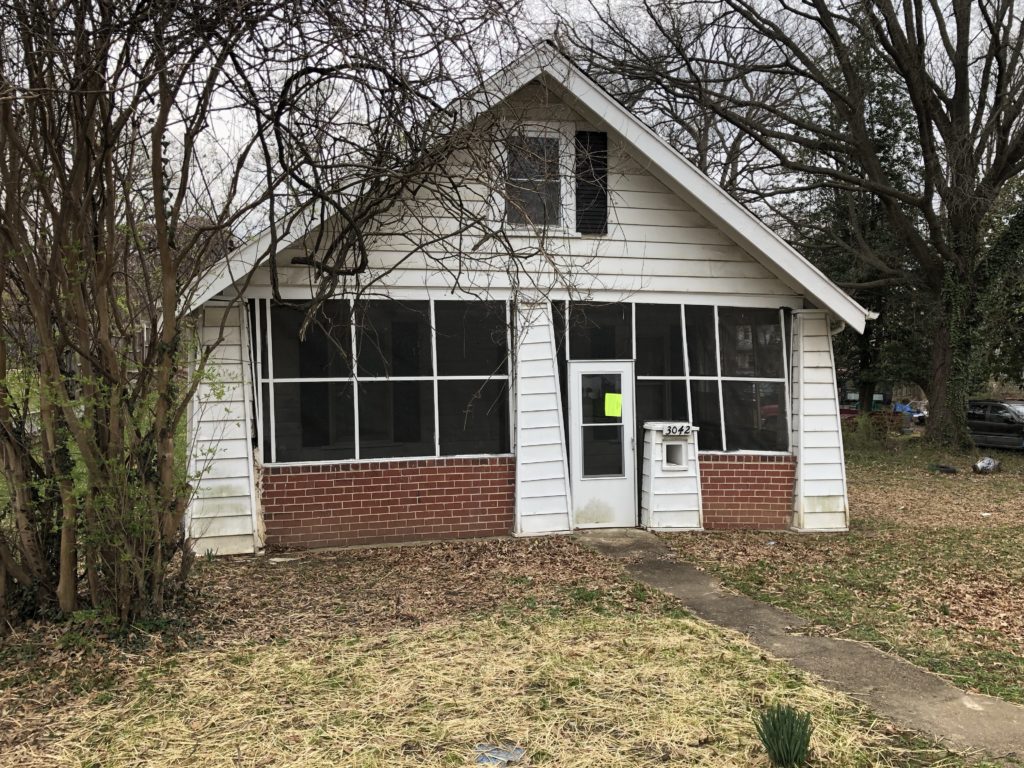 In September 2015, my wife and I bought our home in the Woodridge area of D.C. While it was further out than was ideal, the price was right and the neighborhood seemed up and coming. For the most part, the up and coming part remains true. However, there is an exception. A neighboring house is the blight of our existence in Woodridge. Further, it is the historic blight of many of our neighbors.

Here is some transactional history on this vacant and blighted fire, health, and safety hazard of a house:

Despite other blighted houses in the neighborhood being sold and renovated within a matter of months, this house remains the vacant and blighted fire, health, and safety hazard that it is. The foundation is slowly collapsing, vermin occupy in and around the house, toxic mold is growing inside, and Owner A left a light on inside the house 24/7 in order to maintain an active electricity bill.

Despite our efforts to engage our civic entities, little to nothing results beyond cycles of the house being officially labeled and taxed as vacant and blighted until the owner makes basic and cosmetic repairs to come into compliance with city regulations. To date, we have engaged with representatives of Councilman McDuffie’s office, DCRA, DC Health, Animal Services, Office of Tax and Revenue, Public Works, the Metropolitan Police Department, and two ANCs. But again, little to nothing is being done.

Our previous ANC advised us to be patient and that our expectation for a swift remedy was unfair to the new owners. He claimed to be advocating on behalf of our neighbors and us, but chose to work directly with the empty promises of Owner B rather than further engaging the resources of the city. Curiously, the listing of this property always follows the imposition of a higher tax rate. However, the city entities are either unwilling or unable to recognize a clear pattern on behalf of Owner A and Owner B (interesting that they both follow the same pattern) to avoid taxes and maintain this derelict and ruined house.

And so, here we are. Going on four years of owning our home and nearly two years of seeking resolution from a city that is either unwilling or unable to provide an actual resolution. Additionally, this fire, health, and safety hazard currently continues to enjoy the same tax rate that we pay … however, that seems to be the pattern.”