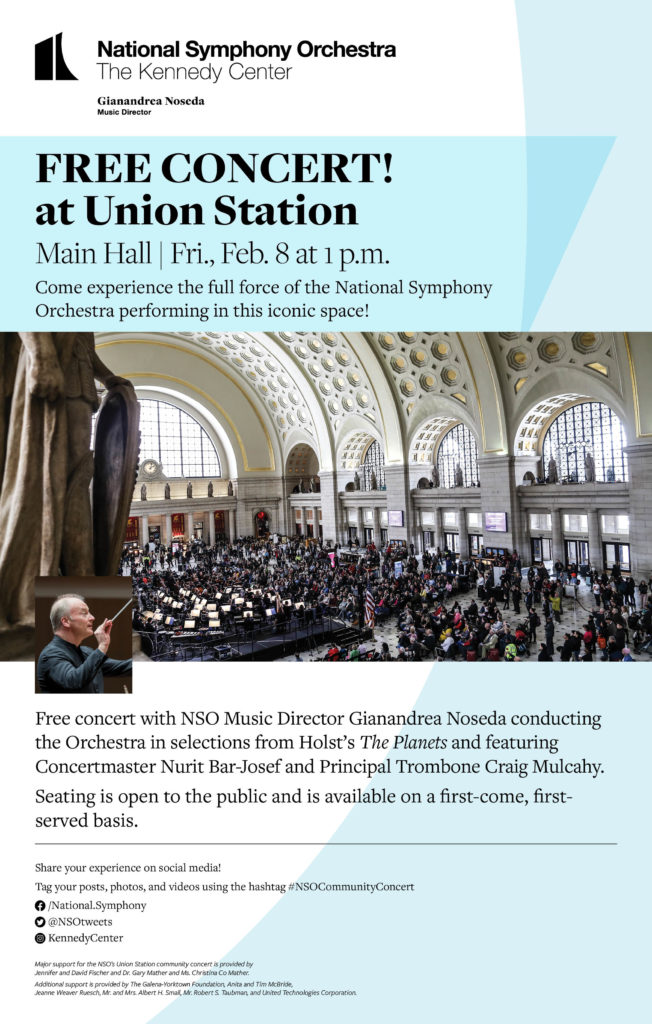 This performance marks the third time that the NSO will visit Union Station as part of its commitment to engaging communities beyond the Kennedy Center and sharing live classical music with new audiences.

Come one, come all for what is sure to be a spectacular performance featuring soloist and Concertmaster Nurit Bar-Josef and Principal Trombone Craig Mulcahy, along with selections from Gustav Holst‘s The Planets.

Read more →
More Stories
“What do you think real Verizon guys, or scam robbery in disguise?”Another Starbucks About To Bite the Dust?