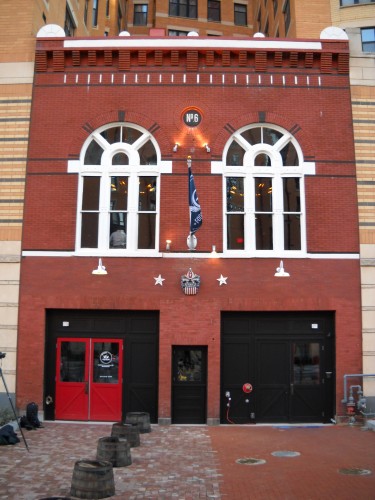 Scuttlebutt confirmed. I hear the new joint should open in 2-3 months. Standby for an exact opening date.

“After seven years with Sixth Engine in DC’s Mt. Vernon Triangle neighborhood, the partners of Long Shot Hospitality [Long Shot] are selling the business [excluding the name] to the team behind The Pub and the People.

The space, which dates from 1855, and served as the oldest firehouse in the District until it was decommissioned in 1974, found new life with Long Shot. Since its restoration and renovation in 2011, it has been a vibrant dining and bar location, beloved for local craft brews, handcrafted cocktails, and imaginative American fare.

The transition comes as Long Shot continues to evolve and pursue clear concepts that embrace the branding and philosophy of the entire group. The partners of Long Shot note that it was the perfect time to put Sixth Engine into the hands of a group who shares their vision and branding for maintaining this extraordinary property.

“This is truly serendipitous. Sixth Engine and the Mt. Vernon community will always occupy a special place in our hearts – we are so appreciative for the support of our loyal patrons over the past seven years – but we’re looking forward to this new chapter,” says Long Shot partner Jeremy Carman. “We feel so fortunate that our commitment to the greater DC area will continue with the development of new concepts – including the Fall 2019 opening of Dauphine’s in downtown DC, as well as the Spring 2020 opening of a second The Salt Line location in Ballston, VA.”