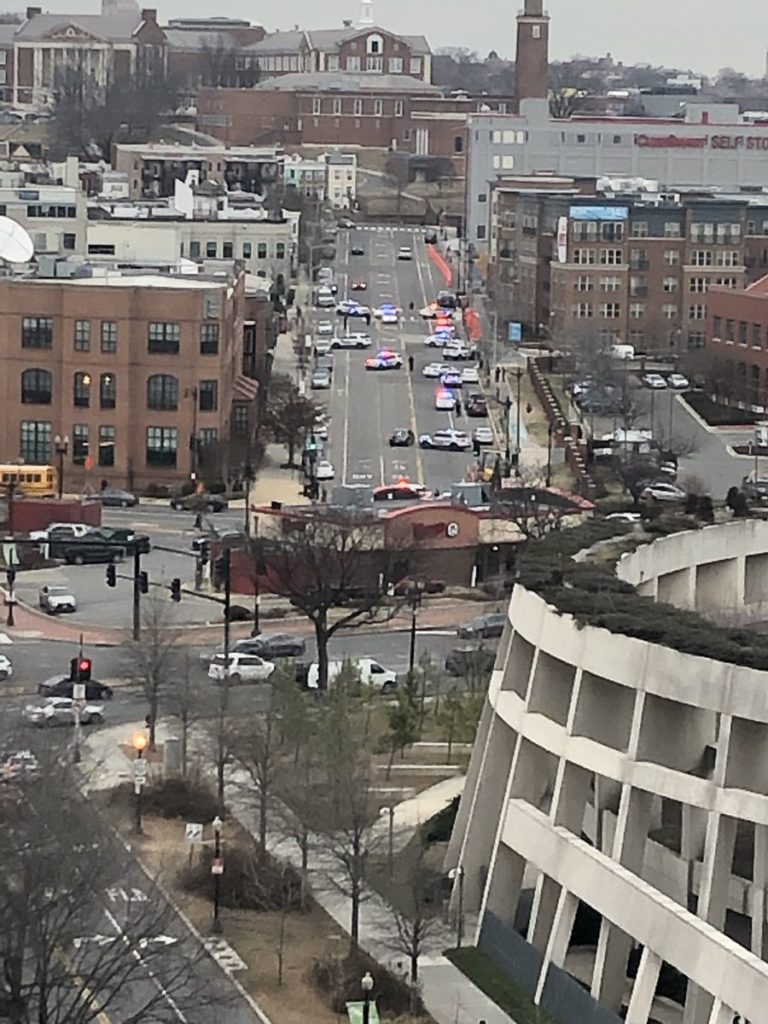 A reader reports just after 4pm:

“there was just a shooting in Eckington on Eckington Place, north of FedEx and just south of Qualia Coffee. A guy was shooting from the northwest corner of Eckington Pl and Q St NE and I saw a kid go down and stay down. Probably 6 or 7 shots. Obviously traffic around Dave Thomas Circle is a no-go.”

“Detectives from the Metropolitan Police Department’s Homicide Branch are investigating a homicide that occurred on Friday February 15, 2019, in the 100 block of Harry Thomas Way, Northeast.

At approximately 3:50 pm, members of the Fifth District responded to the listed location for the report of a shooting. Upon arrival, officers discovered a male victim suffering from a gunshot wound. DC Fire and Emergency Medical Services responded to the scene and transported the victim to an area hospital for treatment of life-threatening injuries. After all life-saving efforts failed, the victim was pronounced dead.

The decedent has been identified as 20-year-old Matthew Washington, of Northwest, DC.