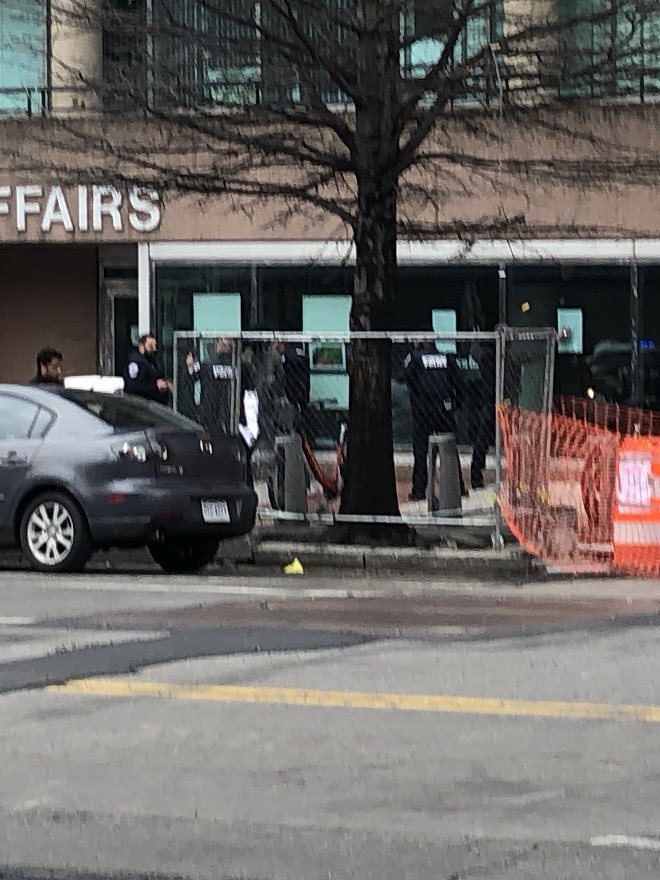 “major stabbing/bleeding incident at 14 and U. Two being questioned by police at the municipal center.”

“The Third District is currently investigating a stabbing in the 1300 block of U Street NW. An adult male has been transported to an area hospital with a stab wound to the upper body.

Motorists and pedestrians can expect road closures in the area.