Get our email!
Search
Festival 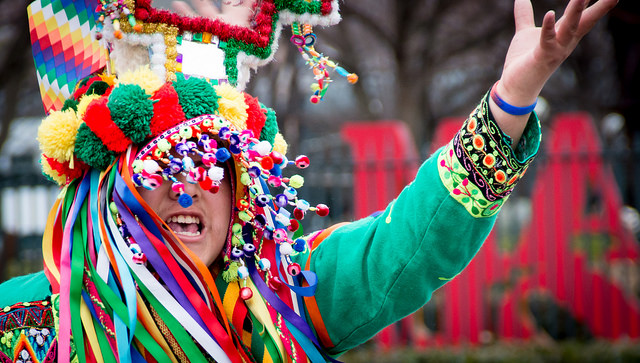 Thanks to Grant for sharing the sad news:

The Committee is committed to celebrate the 50thanniversary of the St. Patrick’s Parade of Washington DC on March 15, 2020. Fundraisers will still beheld in 2019 to raise the funds necessary to produce the parade in 2020.

Read on to understand why.

Members of the Committee proudly carry the torch of the original Committee members who conceived of such a parade at a local watering hole in the late 1960s and produced the first-ever St. Patrick’s Parade in Washington in 1971. The Parade in 2020 will mark its 50th year!

Each parade is planned well in advance and includes multiple meetings with neighborhood Advisory Neighborhood Commissioners, the National Park Service, and the Mayor’s Special Events Task Force among other stakeholders. The greatest overhead in producing an event of this magnitude is the government-related expense of security and street closures.

After the 2016 tragedy in Nice, France, the government of the District of Columbia has significantly increased preventative security requirements for public gatherings such as the St. Patrick’s Parade. The corresponding rapid increase in overhead, in combination with relatively stagnant funding, have put the Committee in a precarious financial position.

Certain expenses are off-set by a grant from the government of the District of Columbia. We have relied on this grant support for many years, but as costs have increased, recently the grant has not had the same effect in reducing our financial burden.

This decision will not impact our 2019 fundraising schedule at area pubs in winter 2019 (schedule available here). We need to raise funds in 2019 in preparation for 2020.

We have been in contact with our counterparts at the Baltimore and Annapolis St. Patrick’s Day Parades and encourage you to consider attending, entering, or otherwise participating in their parades, each scheduled for Sunday, March 10, 2019.

We look forward to your participation in 2020 and ask for your continued support until then. You may also support the Parade Committee’s 2020 efforts by visiting the “Donations” corner of our website here.

Thank you for your continued support of the Parade as we prepare for our 50th year!