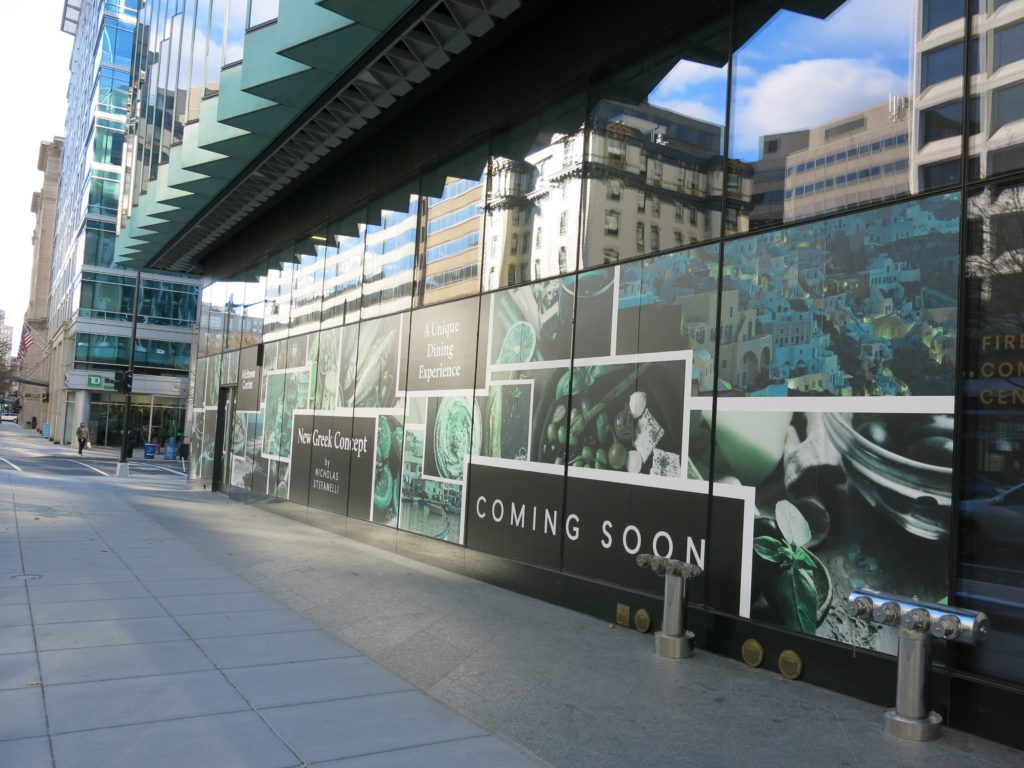 Ed. Note: This is in the same complex where “Dauphine’s: a new restaurant inspired by the culinary culture of New Orleans” is also coming.

We got a name for “Chef Stefanelli’s new Greek concept at Midtown Center on 15th and L!” – Philotimo. The liquor license placard says:

“A new Retailer’s Class C Restaurant with a seating capacity of 300 and Total Occupancy Load of 409. Summer Garden with 50 seats and Sidewalk Café with 75 seats. Licensee is requesting an Entertainment Endorsement to include Dancing.” 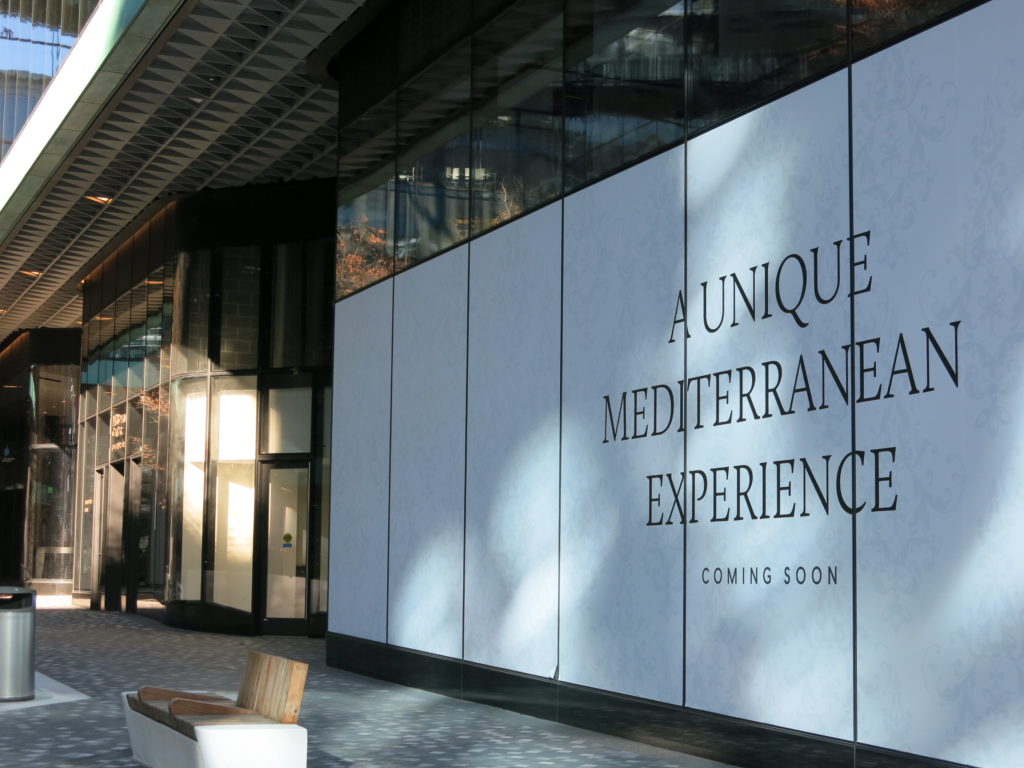 Chef Stefanelli is also behind Officina in the Wharf and Michelin starred Masseria in Union Market. 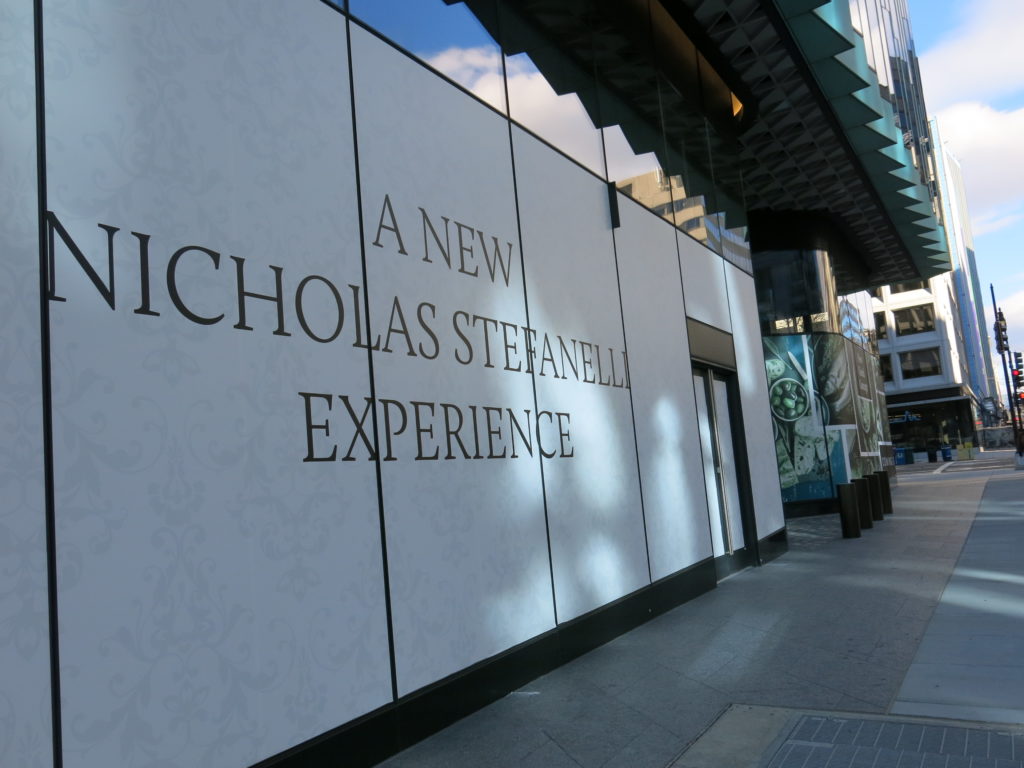