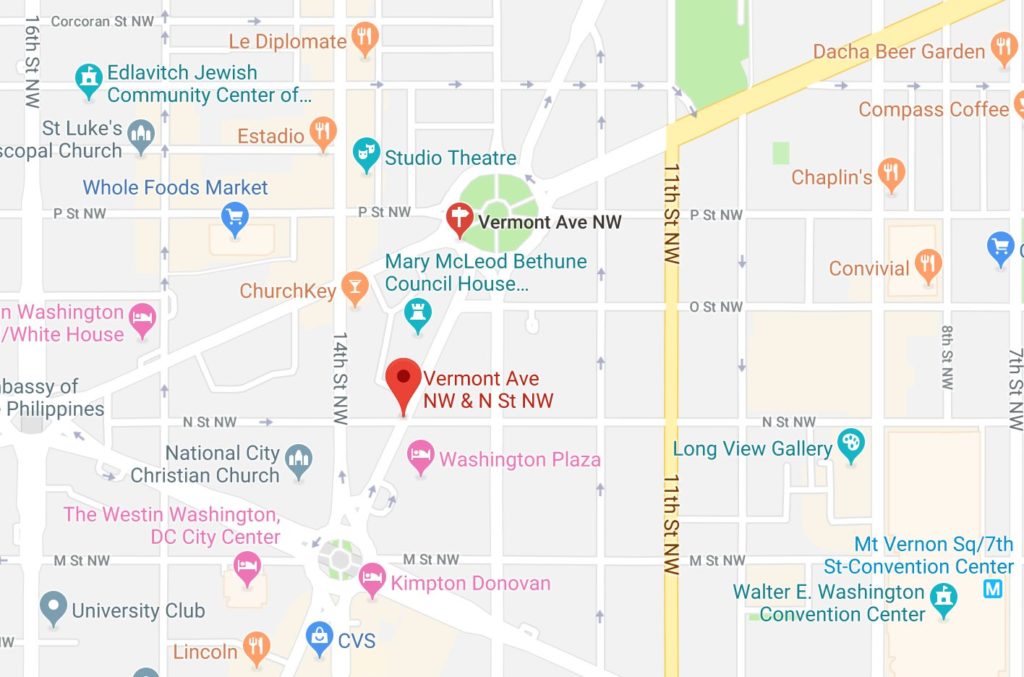 Update from the victim:

“I was actually the one carjacked. Few minor details that need correcting. It was at the corner of O and Vermont, just south of the circle. My car is a dark gray Subaru Crosstrek with DC plates. They came up on me when I was parking (just about to get out) and we’re armed. They also stole my phone. I’ve been parking on the street for years and it’s frequently trafficked by people walking their dogs, so I’m shocked it happened at all.”

Didn’t see anything on the MPD twitter account, so thought your readers would be interested to know. There was a car jacking on Vermont Avenue and N street in Logan Circle around 7:15pm last night.

I saw it from my window, when I looked outside, the victim was already in his car with the door shut. 3 men rushed the car, two getting in the passenger side, and the 3rd man opening the door and forcing him out. They backed hard into the car behind them before driving off.

Very bold to pick this block, it’s not a quick getaway because it is right off the circle, and generally track backs up on Vermont most nights during rush hour.

I went out to check on victim. Thankfully he was not harmed.

MPD was at the scene about 2 minutes later. They had about 10 cops out and a helicopter searching for the car. The car appeared to be a small black SUV.”