Ed. Note: I will never not use this photo when we speak about the Circulator. Also, sweet.

From the Mayor’s Office on Friday:

“Today, as part of her #FairShotFebruary campaign, Mayor Bowser announced that all rides on the DC Circulator will be free from January 28, 2019 until February 28, 2019. The DC Circulator provides public transportation to many of the District’s main attractions and connects residents and visitors to business, culture, and entertainment corridors. 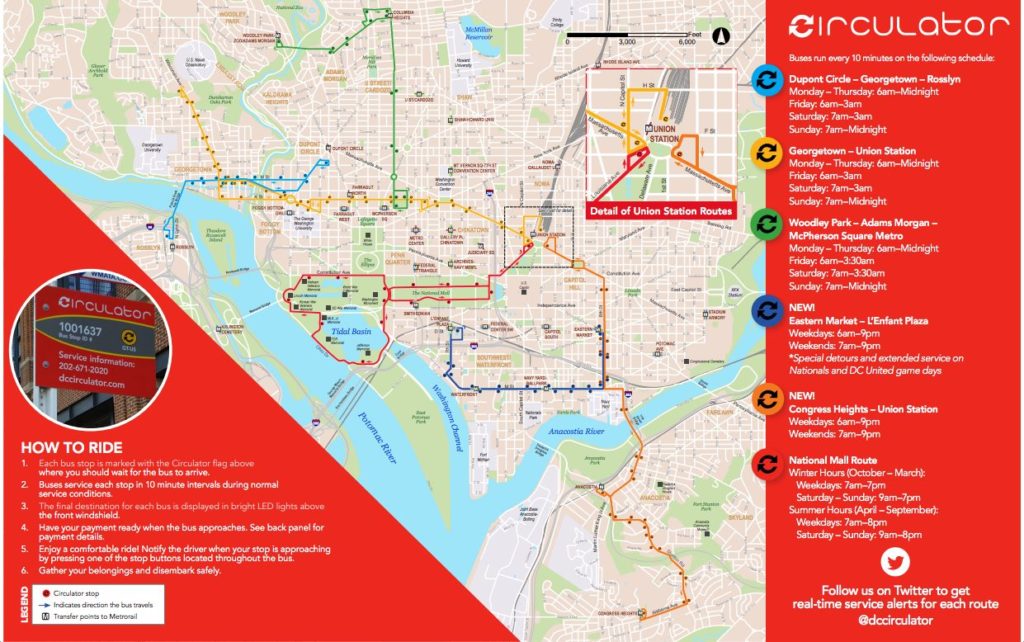 “We’re kicking off Fair Shot February by making it easier for Washingtonians to get where they need to go and connect to opportunities across DC,”  said Mayor Bowser. “A free Circulator is one way we can use our resources to break down barriers to opportunity–but it’s certainly not the only way. Throughout February and before I send my budget to the Council, I hope Washingtonians from across all eight wards will join us at our Budget Engagement Forums to build on this initiative by sharing their priorities and ideas for making our city’s prosperity more inclusive.”

The DC Circulator system operates six distinct routes across Washington, DC, and into Rosslyn, VA, and provides close to five million trips a year. The Circulator services each stop every 10 minutes, providing simple, fast and affordable transit to residents, commuters and visitors around the nation’s capital. Visit DC Circulator’s interactive map to find the nearest Circulator stop to any destination in DC.

For the fifth year in a row, and throughout Fair Shot February, Mayor Bowser will host Budget Engagement Forums across the District. These forums are an opportunity for Mayor Bowser to hear directly from residents–before the budget is finalized–about how Washingtonians want to see DC’s money spent. This year, the Mayor is hosting a Senior Telephone Townhall on February 11 at 12:00 p.m., a forum at the Arthur Capper Community Center on February 21 at 6:30 p.m, a forum at the Deanwood Recreation Center on Februrary 23 at 10:00 a.m., and a forum at Roosevelt High School on February 25 at 6:30 p.m.”