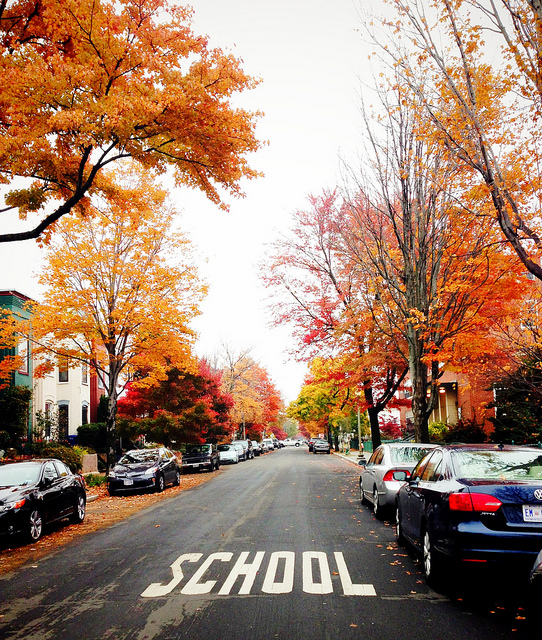 “Today, Mayor Muriel Bowser announced that she has appointed Dr. Lewis D. Ferebee to serve as the next chancellor of DC Public Schools (DCPS). Dr. Ferebee comes to the District from Indianapolis, Indiana where he has been serving as the superintendent of Indianapolis Public Schools (IPS) since September 2013.

“Dr. Ferebee is someone with experience leading at all levels of public education – from serving in the classroom and as an elementary and middle school principal to leading a system that serves more than 30,000 students. He is a strong leader and educator, and has demonstrated an unwavering commitment to providing all students and families high-quality educational opportunities,” said Mayor Bowser. “I want to thank all the students, families, educators, and community members who participated in the search process. Dr. Ferebee’s experiences and achievements align with the feedback we received throughout the engagement process, and I look forward to the community working with him to build on the progress we’ve made at DCPS.”

The Mayor continued, “I want to thank Dr. Alexander for her leadership at DCPS and for her commitment and dedication to our students and families. Under Amanda’s leadership, we were able to finish out last school year strong, continue our improvements regarding data integrity, and begin the current school year better prepared to tackle long-standing challenges.”

As the superintendent of IPS, Dr. Ferebee oversaw the creation of programs and partnerships to increase college and career readiness; worked to create internships and apprenticeships aligned to the state’s current and future workforce needs; significantly increased the number of students attending early education programs; negotiated a contract that gave teachers their first raise in five years; and collaborated with the Mayor’s Office, the Indianapolis City Council, and state legislators to introduce new funding, accountability, and school models that reduced the number of low-performing schools in Indianapolis. IPS encompasses more than 60 campuses and employs more than 4,500 educators and staff, serving 32,000 students and has a budget of over $500 million.

Prior to joining IPS, Mr. Ferebee served as the Chief of Staff for Durham Public Schools from 2010 to 2013. He began his career in education as an elementary school teacher in Newport News, Virginia, and has also served as an assistant principal, an elementary and middle school principal, and a regional superintendent. Mr. Ferebee holds a Doctorate of Education in Educational Leadership from East Carolina University, a Master of Arts in School Administration and Supervision from the George Washington University, and a Bachelor of Arts in Elementary Education from North Carolina Central University.

As Chancellor of DCPS, Mr. Ferebee will earn a base salary of $280,000. His nomination will be sent to the Council for confirmation, and he will begin full time on January 31, 2019.

Mayor Bowser kicked off the chancellor search in June 2018. Throughout the summer and fall, the Our Schools DC Leadership Committee, co-chaired by Dr. Charlene Drew Jarvis and Sylvia Mathews Burwell, conducted an engagement process in order to advise the Mayor on the selection of the next DCPS chancellor. The Committee was comprised of members with diverse backgrounds and experiences who are strongly invested in the success of DCPS, including students, parents, teachers, and community stakeholders. The members conducted three community forums, five focus groups with students, teachers and principals, and an online survey; presented the Mayor with a report summarizing the feedback they received; and reviewed the resumes of and met with the finalists. More information about the Our Schools DC Leadership Committee and the committee’s report can be found on ourschools.dc.gov.”

“The following is a statement from Councilmember David Grosso (I-At Large), chairperson of the Committee on Education, on Mayor Bowser’s nomination of Indianapolis Public Schools Superintendent Lewis D. Ferebee to be D.C. Public Schools Chancellor:

“Over the past few months, I have had the great pleasure of working closely with interim Chancellor Amanda Alexander as she has steered D.C. Public Schools through a period of intense public scrutiny. After the resignation of the last chancellor, and as she has done throughout her entire career with DCPS, she answered the call to service for our students. Dr. Alexander has a storied career at DCPS, first as an elementary teacher, then principal, instructional superintendent, chief of elementary schools, and now interim chancellor. This dedication to our schools deserves our highest appreciation I want to express my profound gratitude for her dedication and service.

“In Mr. Ferebee, the mayor has chosen to nominate an individual from outside of the District of Columbia. The vetting of such a candidate should not be taken lightly or hastily. Due to the late nature of this nomination in the legislative process, the Committee on Education will not schedule public engagement sessions this month and has no plans to move it through the Council before the end of this Council Period. I encourage Mr. Ferebee to seize this time as an opportunity to meet with DCPS students, family, teachers, and staff in preparation for his confirmation process.

“When the Council returns in January, I intend to hold two public engagement sessions in the community-one in Ward 7 and one in Ward 1-before the confirmation hearing at the Wilson Building. As always, I encourage and welcome public feedback, comments, questions, and concerns about the nomination as we prepare for a hearing on the nominee.”

Read more →
More Stories
Soapstone Market Closing at end of the year. And this is terrible. Just terrible.Today in Hawks around Town – A Fox!