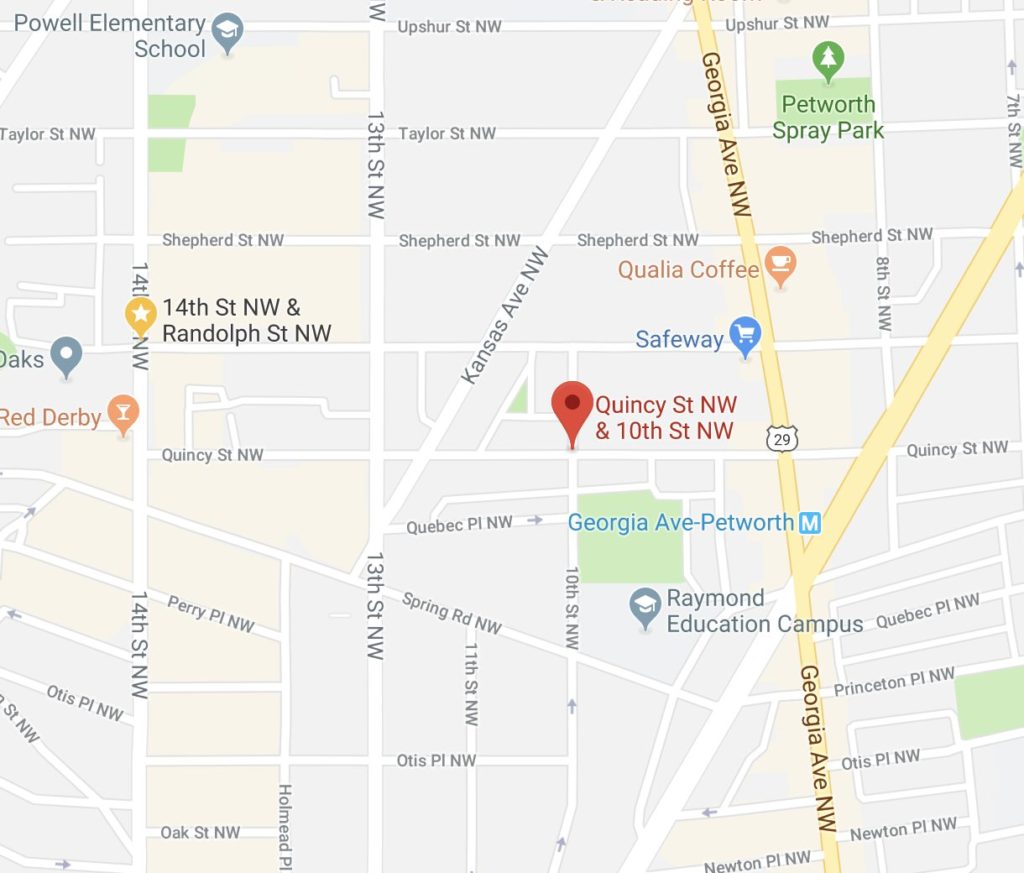 · The complainant reported he was riding his bicycle in the 3700 block of 10th Street, NW, when the suspect jumped out of a parked vehicle and struck the complainant with a bat.

· C1 was treated on the scene by DCFEMS and released.

more stories
Previous
Whoa, BicycleSpace Closing in Adams Morgan; Hearing this could be the future home to that rumored WaWa

Next
SportClips Haircuts coming to the Tivoli in Columbia Heights