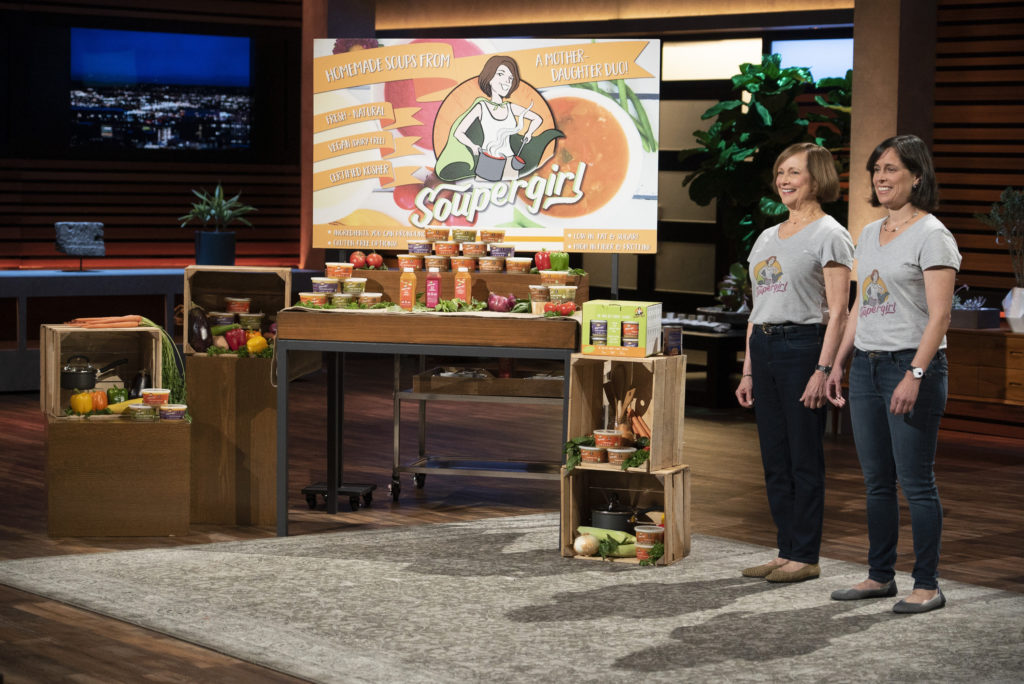 “Soupergirl, the small-batch, healthy soup company, will battle Sunday for a deal on ABC’s Shark Tank. CEO Sara Polon will appear on Shark Tank on Sunday, October 21st, to try to cook up a deal with the celebrity Sharks.

Polon is a former stand-up comedian turned soup entrepreneur. She will appear on the Shark Tank episode with her mother, Soupergirl co-founder Marilyn Polon.

Soupergirl products are sold at leading markets including Whole Foods, Peapod and Costco Warehouses, and at two Soupergirl retail locations in Washington, DC. The soups are also available by direct-ship to customers’ doors via the Soupergirl website. In early 2019, Soupergirl’s nutritious and delicious soups will be available to soup lovers coast to coast.

“We’re saving the world, one bowl of soup at a time,” Soupergirl said.”