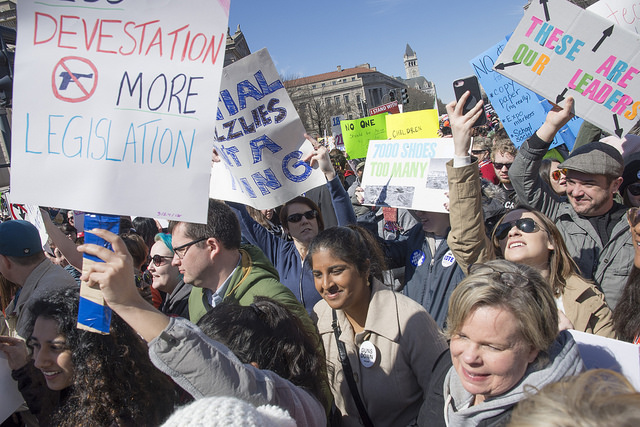 “Mayor Bowser introduced legislation that will make it illegal to possess undetectable 3D-printed plastic guns and other “ghost guns” in Washington, DC. The “Ghost Guns Prohibition Emergency Amendment Act of 2018” amends the Firearms Control Regulations Act of 1975 to prohibit the registration and possession of ghost guns–firearms that, after the removal of all parts other than a receiver, cannot be detected by a metal detector–in the District of Columbia.

“From requiring stronger background checks to raising the purchase age, Americans want common-sense gun reform that makes it more difficult – not easier – for guns to fall into the wrong hands,” said Mayor Bowser. “As technology around the production of undetectable guns advances, our federal government must take action to protect Americans from senseless gun violence.”

Earlier this year, the federal government reached a settlement allowing for the uploading of electronic files that enable individuals to make 3D-printed ghost guns. Recently, court actions have enjoined ghost gun blueprints from being published online. Blueprints, however, can be obtained by direct purchase through the sale and shipment of flash drives.

As part of its common-sense gun regulation policy, the District of Columbia prohibits the manufacturing of firearms. However, readily available ghost gun blueprints will allow anyone, regardless of whether they are legally disqualified from possessing a firearm, to create and transport these undetectable firearms into and within the District. Because ghost guns can be made of plastic, they often cannot be detected by metal detectors used at security checkpoints such as those located at the District’s schools, museums, sports complexes, and government buildings, which increases their threat to public safety. While unregistered firearms are already illegal, this legislation would give law enforcement the possibility of charging an additional offense, specific to ghost guns, in view of the unique risks such undetectable, and often home-made, weapons pose.”

More Stories
“I asked about contending the bill based on the unlikelihood of 2 people tearing through a month’s worth of water in 4 days”Update: Sold Out! George Pelecanos Discusses New Book “The Man Who Came Uptown” at the Petworth Library Wednesday