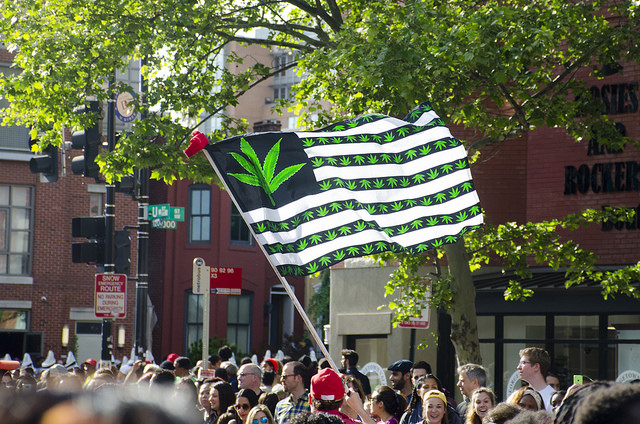 I live in one of the new apartment buildings here in our city. Last weekend I took a short trip out of town to visit a friend in Charlottesville. I took several bags and a cooler down to our parking garage with me, packed up the car and got on the road.

When I reached my destination, I opened my trunk to discover I’d left one of the bags behind, a bag containing mostly clothes, but also a ziploc bag that contained 1/8 of an ounce of marijuana, a glass pipe and a lighter. I briefly panicked, but called our front desk to ask if they could check and see if the bag was still in our parking garage, where I had presumably left it (right next to where my car was parked). They quickly called me back and allayed my fears, letting me know that they’d found the bag and that it would be waiting at the front desk for me, and my wife picked it up when she got home from work later that evening.

When I returned home from my trip, I opened up the bag to find everything intact . . . except that the ziploc bag with the marijuana was missing. [The pot wasn’t just like sitting out in the open. It was inside a zipped pocket inside of a zipped bag, so someone actively opened my bag looking for something to take, left everything else, and just took the pot.] Initially I decided to let it go (at most it’d cost $100 to replace what I’d lost), especially given the sensitivity around what had been stolen. But a few days later, I’m starting to re-consider my decision. Marijuana is legal here, and I should have some recourse for someone stealing my stuff, especially since the bag never left the building, meaning that it was either taken by a resident or a member of our staff. There are cameras all over the common areas of the building and garage, so there’s probably footage somewhere of the person who took it. Has anyone ever dealt with the police over stolen pot before?

But I also have a minor concern about whether making our building’s staff aware of this could result in a lease violation if someone wanted to stick it to me. Anyway, I have no idea what I’m going to do, but I’d be curious to know if other readers have dealt with this sort of thing before or have any advice. Honestly, I’m probably not going to proceed, but I thought it was an interesting thought experiment at the very least. Thanks!