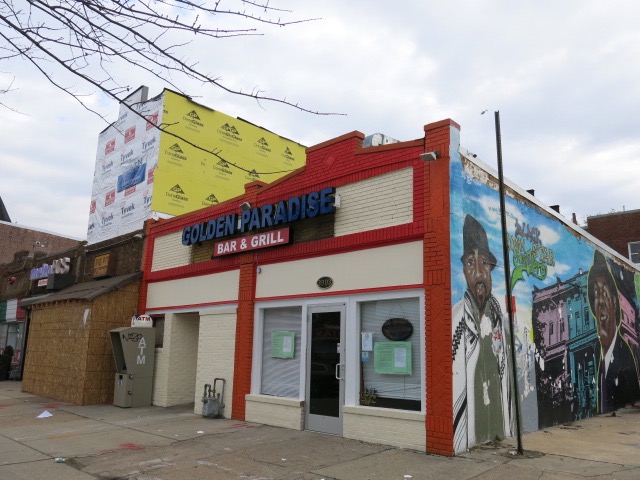 “I did not get a single email in support. Everybody wants us to oppose this license,” one ANC Commissioner said.

The ANC’s draft letter to DC’s liquor licensing authorities notes that, in the last two years, there were 27 police reports in connection with the establishment. Over the same period, there were five additional police incidents that did not result in reports, as well as 16 occasions when the establishment was the subject of action by liquor licensing authorities, including three separate incidents which resulted in fines. Golden Paradise Restaurant also had its license suspended for four days in October 2016 as a result of a stabbing that occurred in May of that year.

“This is a tenfold increase on any other bar,” said Commissioner Jonah Goodman (district 10).

“Yes, they have a track record of incidents,” said Ana De Leon, who represented the owners at the meeting. “If you look at this, they feel they are being targeted.”

De Leon apologized for not reaching out to the ANC sooner, and promised to investigate every incident on the ANC’s list.

She told the ANC that several of the police reports on the list were the result of activity that did not occur at, or were not the fault of, the establishment. Furthermore, although the owners previously missed some training that they should have attended as liquor licensees, they were committed to going to the training as required later this month.

“They know they’ve made more than one or two or three mistakes,” De Leon said.

De Leon also discussed an incident involving the establishment’s commitment to maintain a functioning video security system. After the stabbing incident, Golden Paradise pledged to maintain video records on file. Eight months later, though, DC’s liquor licensing authorities asked to see some videos and found that the system was not working. De Leon explained that, when the bar had had someone in to do maintenance on the jukebox, the video system had accidentally been damaged.

“We’re not perfect. No one’s perfect in this world,” De Leon said.

In the public comment period, a local resident who said he lives “around the corner” from the establishment said they had not kept previous promises to be a good neighbor.

“There were a lot of promises made. It didn’t seem like any of the promises that were being made were being kept,” he said.

Commissioners stressed that Golden Paradise was not being singled out, but that their long string of difficulties with the police and other authorities were unique in the area. The commission pledged to work with the establishment. If it could go for a period of six to 12 months without any further problems, the proposal to open a sidewalk café could possibly be revisited.

The sidewalk café, as proposed, would be open until 2am Sunday to Thursday and until 3am Friday and Saturday. According to this PoPville post, Golden Paradise first opened in January 2016.