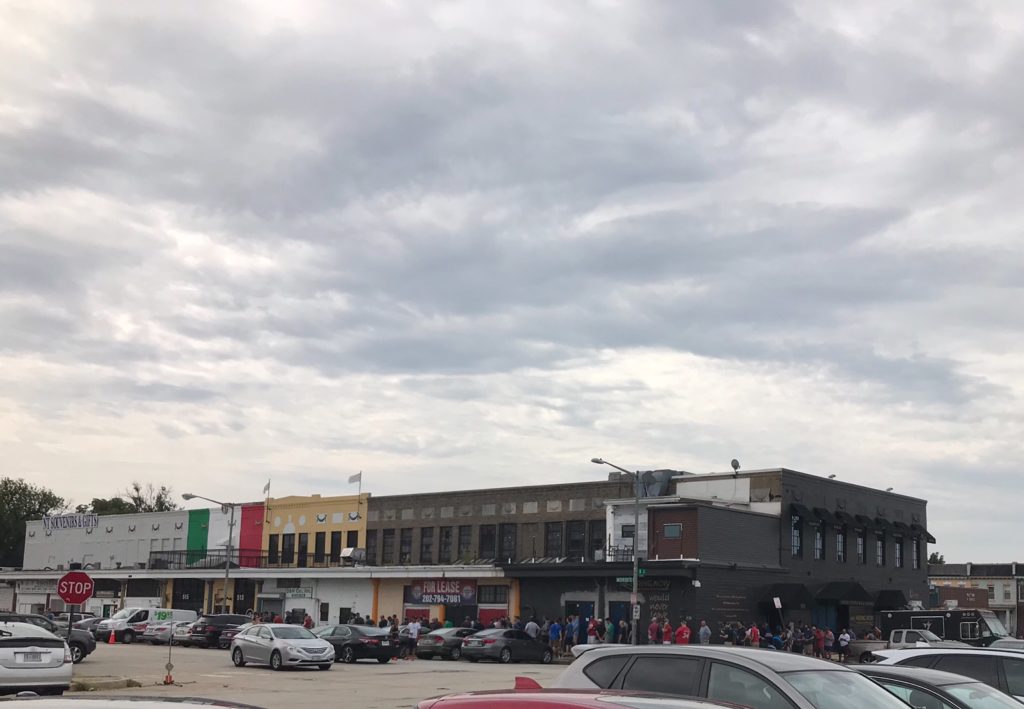 OK beer geeks, buckle up. I got a few queries over the weekend asking about the giant line Saturday in front of the Bruery Store in Union Market. It turns out that the Other Half Brewing Co. had a can pop up event. The line was around the block (see above, thanks to Laura for sending.) Then this week, I started to get a steady flood of scuttlebutt from sources saying that they hear Other Half were planning on opening up a brewery here in D.C. Word is the location will be somewhere in Ivy City.

I had their Double Dry Hopped Mylar Bags at Boundary Stone last night and it was outstanding. This is very, very good news indeed. I rate this scuttlebutt accuracy at 97%.

Their vision was to build a passionate team that brewed great beers in the state of New York–done so with effort and thoughtfulness–to represent the “Other Half” of the industry.

Today, the Other Half team crafts beers in their Brooklyn brewery. They’re dedicated to collaborating with breweries both in New York as well as across the world in an effort to constantly move the industry forward while elevating the craft.

The Other Half team believes that local breweries play an important role in their communities which is why they partner with these other likeminded brewers and brands in local nabes across the country and the world–but always return to their home state of New York and their Brooklyn taproom.

Next
Woman Assaulted and Robbed around 10pm in Bloomingdale Last Night