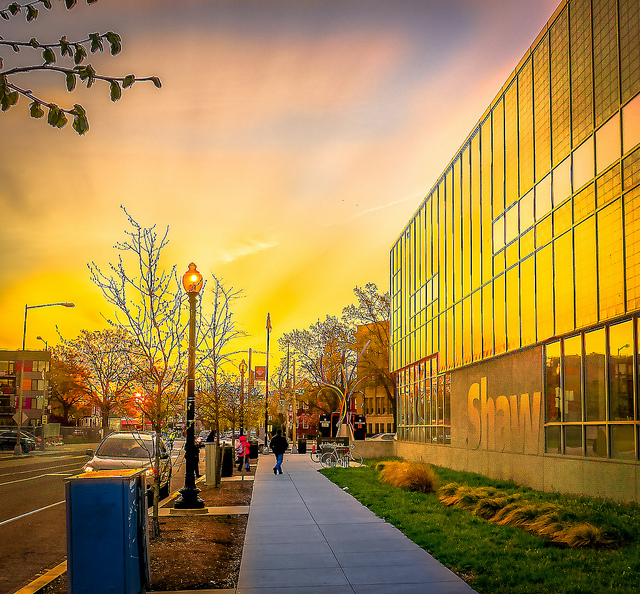 LISTEN AND LEARN…Tonight at the Shaw library, Dr. Natalie Hopkinson, an assistant professor at Howard, will give part one of her seminar Chocolate City in the 80s: Music, Drugs, and Lies. The lecture looks at the days of Marion Barry and the War on Drugs and flips the typical narrative, and the second lecture July 16 will discuss African-American power and creative control during the same era.

WE ALL LIVE IN A…It’s the 50th anniversary of the classic movie Yellow Submarine, which is an fantastical animated version of the Beatles’ music. The movie was a hit when it came out, and it features Beatles’ tunes performed in an underwater land protected by the Sgt. Pepper’s Lonely Hearts Club Band. Come celebrate the anniversary by watching (and singing along to) the film tonight.

AND…Listen to some accordion jamming…Author Rae DelBianco speaks at Politics and Prose…Learn how to grassroots organize…Drink brandy at Barmini…How can documentary filmmakers change policy?…Author Dan Fesperman gives a talk at the Spy Museum…Drink cocktails, belt showtunes…Party on Pearl Street at the Wharf…The Octopus Project at Union Stage… 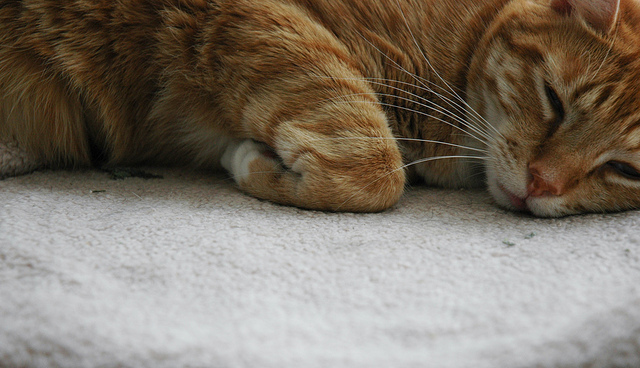 MEOW…Test your Hamilton knowledge…with cats! Yes, that’s right–cat cafe Crumbs & Whiskers will host a trivia night all about the play for those of us who couldn’t get tickets (or have seen the show a million times). Come out to cuddle some kitties, get competitive, and wine some prizes.

YES WE (STILL) CAN…Former Obama communications director and Pod Save America host Dan Pfeiffer will be in town tonight to discuss his book, Yes We (Still) Can: Politics in the Age of Obama, Twitter, and Trump. Pfeiffer will be in conversation with good friend and fellow Obama alum Alyssa Mastromonaco as they discuss how Obama got into office, what led up to the 2016 election, and where we go from here. It’ll be insightful, but also funny and irreverent

TO THE CUP…And then there were four. Watch France and Belgium duke it out in the World Cup tomorrow in style. The French Embassy will host a semifinals watch party complete with French pastries as viewing snacks. What better excuse to knock off work early? (Oh, Belgium fans–you’re invited, too). 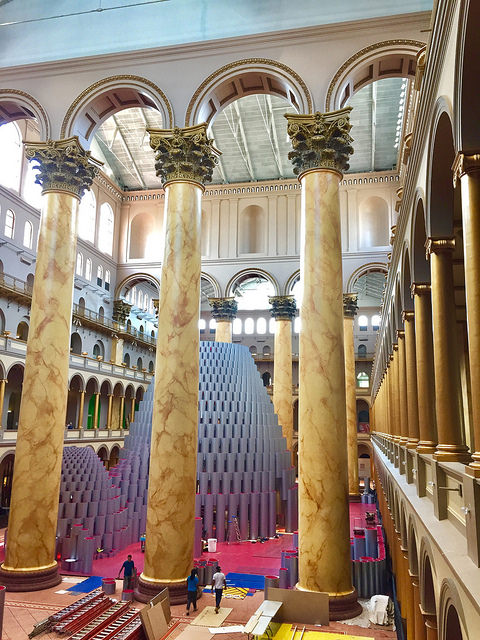 FUN HOUSE…The National Building Museum has up a new interactive exhibit called Fun House, which is a large structure made to resemble a house, but instead of all the typical things, it’s filled with hands-on abstract art. Check out the pillow fort, crawl through the hole-for-a-front door, and dive into the ball pit at tonight’s after-hours event. You can get a curator-led tour of the piece while having snacks and cocktails, too.

KEEP AUSTEN WEIRD…Love Mr. Darcy? Have a thing for Emma? This is for you–the seventh annual Jane Austen film festival kicks off today. For the next four weeks, you can catch classics like Pride & Prejudice and Emma and newer flicks like Love and Friendship while sitting outdoors at the Dumbarton House. Cool fact: The original owners, the Nourse family, lived at the home at the same time Austen was writing many of her books.

DIVIDE & CONQUER…Race, religion, and politics don’t always make the best dinner party conversation, but they do make for interesting stand-up comedy. Divide & Conquer is a new show out of Chicago’s Laugh Factory that tackles these tough subjects, using comedy to make us consider what life is really like in Trump’s America. Catch it tonight at Drafthouse Comedy. 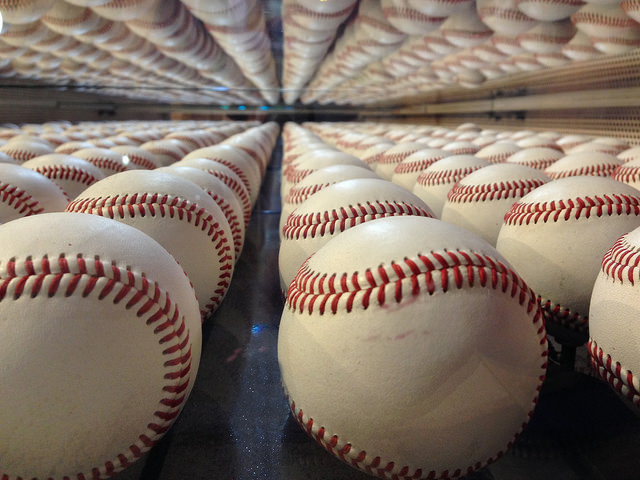 PLAY BALL…So you’ve probably heard that MLB All-Star Week kicks off in DC tomorrow, but so do a series of baseball-themed events at the Museum of American History. Starting today, you can check out screenings of baseball-themed movies like A League of Their Own and Field of Dreams; drop in on a discussion of Latino baseball culture and its effect on local communities; and join local chefs for to talk about the evolution of baseball park food. It’s a jam-packed schedule, and it all goes through the weekend.

CAN I GET A REMIX…The Portrait Gallery will be open after-hours for its Remix Event, which brings DJs and craft cocktails to the museum for late-night exhibit tours. Tonight’s theme is all about games, and will have classic arcade video games, ballpark food, and tours of the exhibit Champions, which looks at classic American sports figures.

MARCH ON WASHINGTON…Today marks the start of the sixth March on Washington film festival. It focuses on the Civil Rights Movement, and uses film screenings, panel discussions, and events to tell its story. Tonight, you can check out an art exhibit or a documentary about a playwright and poet who found her voice during the Black Arts Movement. All the films, talks, and exhibits continue through July 21.

AND…Free music at the National Arboretum…An all-music, no talking or booze dance party…Rayland Baxter at Union Stage…Learn to write flash fiction…Take a drawing class inspired by a Phillips Collection exhibit…Hear a former Romanian ambassador talk about the country’s escape from communism…Watch a documentary about fixing medical mistakes in healthcare…Catch comedian Jeff Foxworthy…

Thanks to Joanna for sending from 19th Street, NW: “Never a dull day in this town.” ‘No Weed Dispensary Here! Google lists wrong address. Thanks”

2204 18th Street, NW Thanks to all who messaged us: “Sad morning in Adams Morgan. Streets Market and Yerevan experienced vandalism”

1712 I Street, NW formerly home to Wicked Waffle Ed. Note: They also have a location at the Wharf at 49 District Square, SW. “The Specialty is Bubble Tea &…

photo by Diane Krauthamer You can talk about whatever is on your mind – quality of life issues, a beautiful tree you spotted, scuttlebutt, or any random questions/thoughts you may…

More Stories
Lydian + Lyric Luxe Apartments — Downtown D.C. Living with a True Neighborhood Vibe“Am I overreacting or is this normal for DC?”