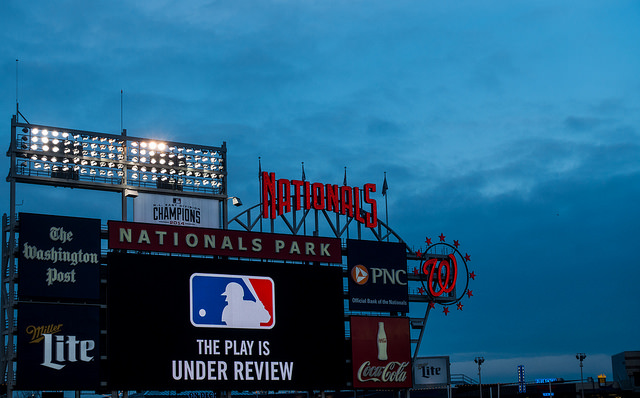 A few of Trea Turner’s tweets from 2011 and 2012 resurfaced today. They include racially insensitive language and homophobic slurs. The Nationals are aware of this, and are gathering information.

“There are no excuses for my insensitive and offensive language on Twitter. I am sincerely sorry for those tweets and apologize wholeheartedly. I believe people who know me understand those regrettable actions do not reflect my values or who I am. But I understand the hurtful nature of such language and am sorry to have brought any negative light to the Nationals organization, myself or the game I love.”

“I have spoken with Trea regarding the tweets that surfaced earlier tonight. He understands that his comments – regardless of when they were posted – are inexcusable and is taking full responsibility for his actions. The Nationals organization does not condone discrimination in any form, and his comments in no way reflect the values of our club. Trea has been a good teammate and model citizen in our clubhouse, and these comments are not indicative of how he has conducted himself while part of our team. He has apologized to me and to the organization for his comments.”

photo by Eric P. “Dear PoPville, I was wondering if anyone knows of a woodshop I could rent time in. I have a small woodworking project related to my plan…

Hey, heads up: Valentine’s Day is two weeks away. (Yeah, it has a special way of creeping up.) Instead of treating your admirer to the same ole romanic dinner, why…

via GoFundMe “Dear PoPville, Can we promote this GoFundMe for the family of Robert Cunningham, the metro employee killed at Potomac Ave metro station? I think we should try to…