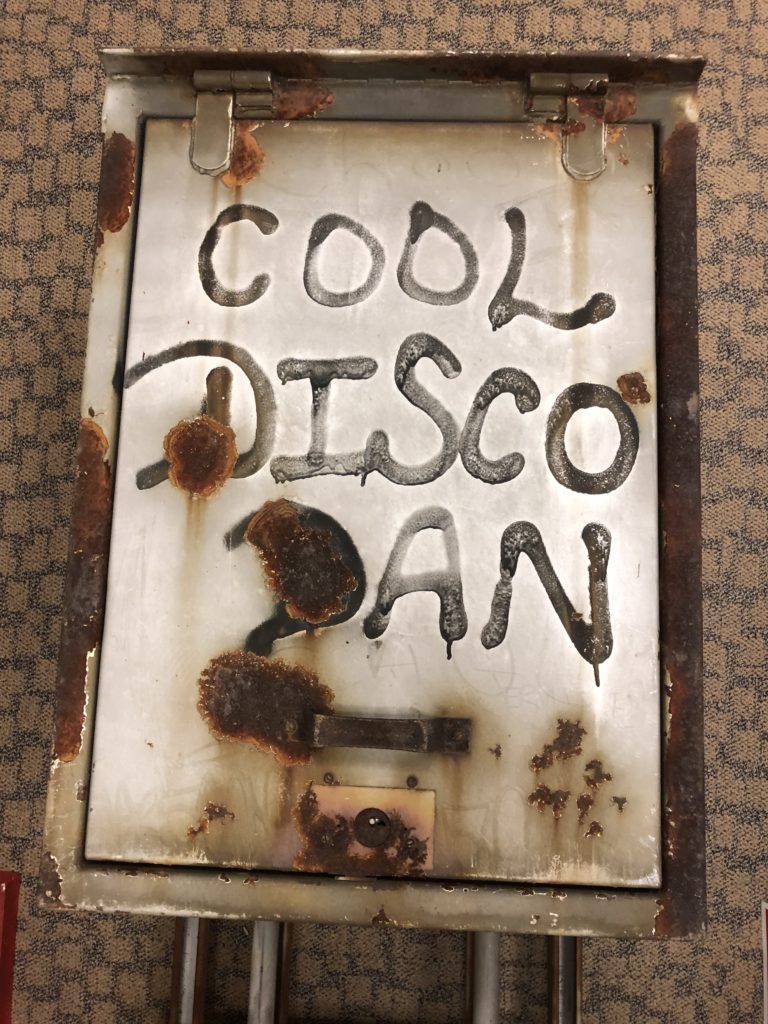 Photo credit: Council of the District of Columbia

“One year ago, renowned local icon Cool “Disco” Dan (born Dan Hogg) passed away prematurely at age 46. To honor the anniversary of his passing, the Council today announced plans to exhibit two Cool “Disco” Dan works at the John A. Wilson Building, the District of Columbia’s city hall, county seat, and statehouse.

Anyone who lived in the District in the 1980s will recall how omnipresent Dan’s famous tag was DC-wide, but especially in one of his most famous haunts, along Metro’s Red Line. Cool “Disco” Dan and his tag were woven into the District’s visual tapestry in a way that few iconic images have been, before or since.

Dan’s legendary status was recognized early on by those in District, but his renown began to expand to federal Washington and beyond when he was featured in both a well-reviewed documentary film and in an exhibit on 1980s DC subcultures at the Corcoran Gallery of Art.

The work featured in the 2013 Corcoran exhibit is the first of two that will be on display at the Wilson Building. With the dissolution of the Corcoran, its collections were donated to the National Gallery of Art. The works that the National Gallery did not choose to retain were distributed by the Corcoran Board of Trustees to 22 worthy institutions in the District, including the Supreme Court, the Phillips Collection, and the Council. The Cool “Disco” Dan work is being provided to the Council via a long-term loan from its direct recipient, American University.

The second Cool “Disco” Dan work that will be displayed at the Wilson Building was gifted to the Council by CSX after Council staff discovered it along the aforementioned Metro Red Line. After hearing of Cool “Disco” Dan’s untimely demise, the Council put out a call to the public via social media for tips regarding any still-existing tags that remained in place roughly three decades after they were first painted. While none of the public tips panned out, Council staff did find one remaining work on a railroad signal box just off Puerto Rico Ave., NE. The box belonged to CSX, but it was no longer in use, so it was donated to the Council.

Cool “Disco” Dan’s family, as well as Roger Gastman and Joseph Pattisall (friends and supporters of Cool “Disco” Dan who were instrumental in both the documentary and the Corcoran exhibit that featured him), have been notified, are supportive, and will be involved in the Council’s planned exhibit.

The art is scheduled to be installed in early September.” 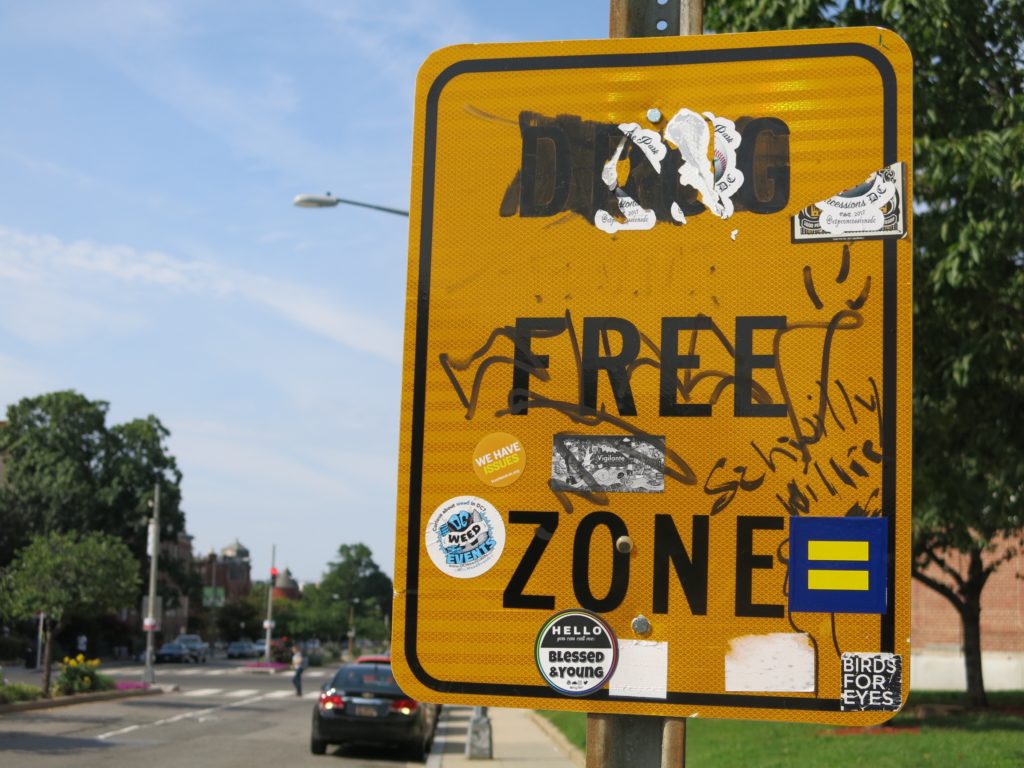 “Eight weeks after the kicking-off an intense focus on beautifying the District on May 24, 2018, the Department of Public Works (DPW) has completed Mayor Bowser’s third annual “Great Graffiti Wipeout.” Working throughout all eight District wards, DPW crews cleaned more than 900 graffiti markings and removed upwards of 3,000 posters and stickers from public spaces.

“Graffiti vandalism is a drain on taxpayer dollars, can lead to decreased property values, and often diminishes residents’ sense of safety,” said DPW Director Chris Shorter. “Through Mayor Bowser’s 2018 ‘Great Graffiti Wipeout,’ our crews systematically worked their way through the city, aggressively eradicating graffiti and removing old posters and stickers in all corners of the District.”

This year’s Great Graffiti Wipeout began in Ward 1, and then made its way through all eight wards before wrapping up on July 20, 2018. The graffiti removal blitz is in addition to the more than 5,550 311 requests DPW responds to each year to remove graffiti and posters.

DPW cleans graffiti from public and private property using paint or non-toxic solutions that are applied and then removed with a high-pressure water spray, known as a power wash.

Residents should continue to call 311 to request the removal of graffiti or posters and stickers. A waiver of liability form will be provided, which must be signed by the property owner and returned to DPW before abatement will occur on private property.”