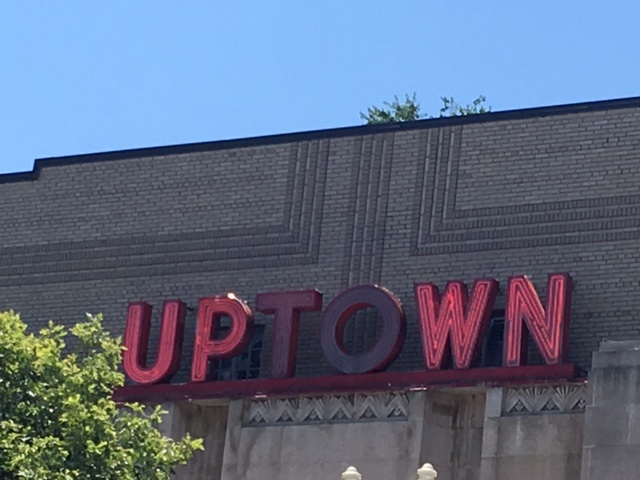 “Last summer, AMC Theaters floated a proposal to replace the iconic UPTOWN sign with an AMC sign. After widespread outcry, they dropped that proposal. Last month, they submitted an application to the DC Historic Preservation Review Board to replicate the UPTOWN sign with LED lights inside red letters that would look like the existing letters, and to add smaller AMC branding to the marquee.

The CPHS Architectural Review Committee heard a presentation last week from the sign specialist hired by AMC and came away convinced that replicating the sign in LED was an acceptable solution, given the extreme deterioration of the existing sign. In addition to problems with the neon in the current sign, the attachment points of the letters to the wall are in danger of failing and there are environmental contaminants on the ledge where they sit. We should also note that we cannot prove that the current neon sign is the original one from 1936; the Historic Preservation Office isn’t sure, we aren’t sure, and the theater can only document the current sign back to 1968.

The proposed LED replacement would closely replicate the look of the current UPTOWN sign in color, warmth, reflectivity of the light elements on the surrounding body of the letters, etc., while using substantially less electricity to run 24/7.

Evaluation of the proposal now moves to ANC3C, which will consider the proposal at its meeting this Monday night, and then to the Historic Preservation Office. ANC3C and CPHS have asked the sign company to provide a mockup of one of the letters to demonstrate the way the LED replacements would look in real life.

The question of additional AMC signage on the marquee will be a topic for discussion as the proposal moves through the stages of review. Our Architectural Review Committee felt that one AMC sign on the marquee was sufficient and that it was a tolerable addition given that it would not interfere with or make a permanent alteration to the Art Deco façade of the building proper.

The ANC3C public meeting on Monday, July 16th at 7:30 pm at Maret is a chance to learn more, hopefully see the mockup letter, and weigh in.

Here is the meeting agenda.” 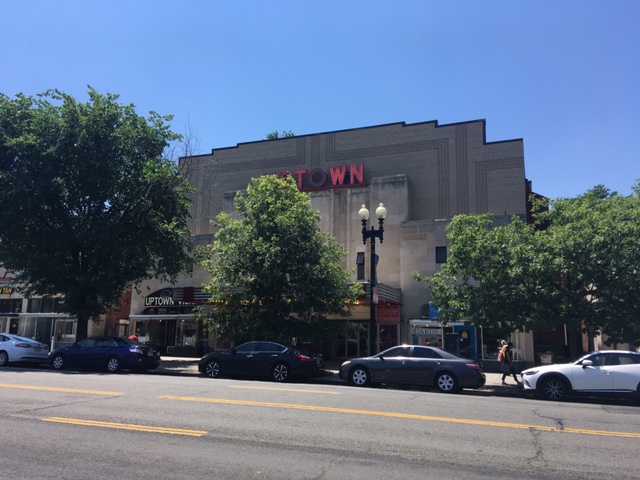 Read more →
More Stories
Anyone Ever Figure Out What the Deal with that “the low-flying plane” was last night?“Goodbye Banana Cafe, hello District Soul Food!”