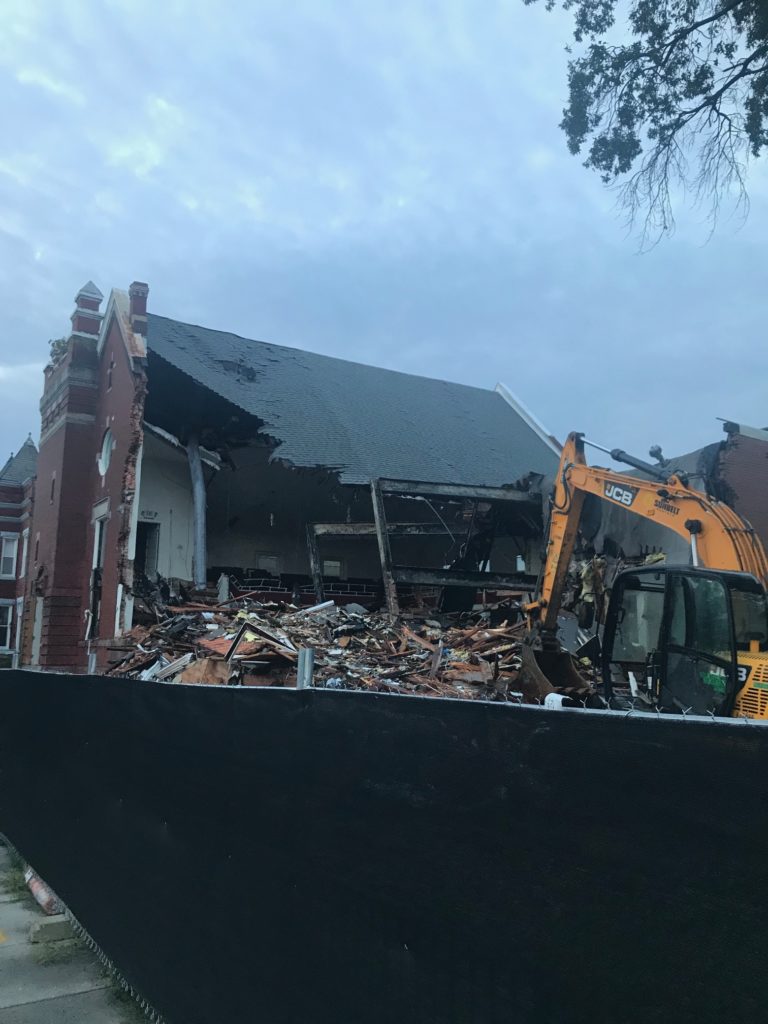 I wanted to give you a bit of background on the development at the corner of 2nd and S Sts NW. Late last year this church was sold to Kadida Development for the purpose of redeveloping the site into 8 townhomes – after numerous hearings including an attempt by folks who are not directly impacted by the construction to designate the church “historic” the project won approval and the developer started to move ahead with demo of the site – in his defense he has kept me and other directly impacted neighbors up to speed about how the project will go…and in spite of a few issues things have been ok. The impacted neighbors have asked for a few things that the developer has not provided – proof of insurance, finalized plans, promises about easements and a few other things that I will not bother going into. All in all this was going somewhat according to plan…until last weekend.

Late last week the demo started to take shape. A silt fence and safety fence was erected and the team started to get the site ready to take the building down. My understanding was that the developer had a raze permit that was paused for the HPRB hearing and once that was done the raze permit was back in effect and he could begin construction when he wanted to…over the last weekend the site flooded causing my home to flood as well. (In full disclosure I have worked this out with the developer and while I am angry we are good) And I came home Wednesday to a partially demolished building hoping that the rest would be down by the weekend…the site as it was on Wednesday was not safe and this can be seen in the numerous pictures I can share with you. On Thursday I woke up to DCRA on site responding to a “neighbor complaint” (funny the neighbor lives a block away and is not impacted in any way with this construction)…DCRA has deemed the building “structurally sound” and has ordered the site shut down.

My issue is with how DCRA has left the site – wide open…no gates locked and way too many opportunities for some kid to hurt themselves. Since the building was slated to “come down anyway, why didn’t DCRA just let the demo happen and fine the developer? My feeling is that the neighbor, who led the charge to deem the EYESORE of a property historic in the first place, saw this as an opportunity to re-litigate the historic designation defeat because the HPRB voted yesterday to designate all of Bloomingdale…drumroll…HISTORIC.

When will this nonsense end? The neighbors directly impacted are supportive (but wary) of the redevelopment and all supported the developer as he went through the process…why does a group of NIMBY neighbors get the opportunity to re-litigate something that has already been decided (this group of neighbors are also heavily involved in the McMillan Park nonsense as well).” 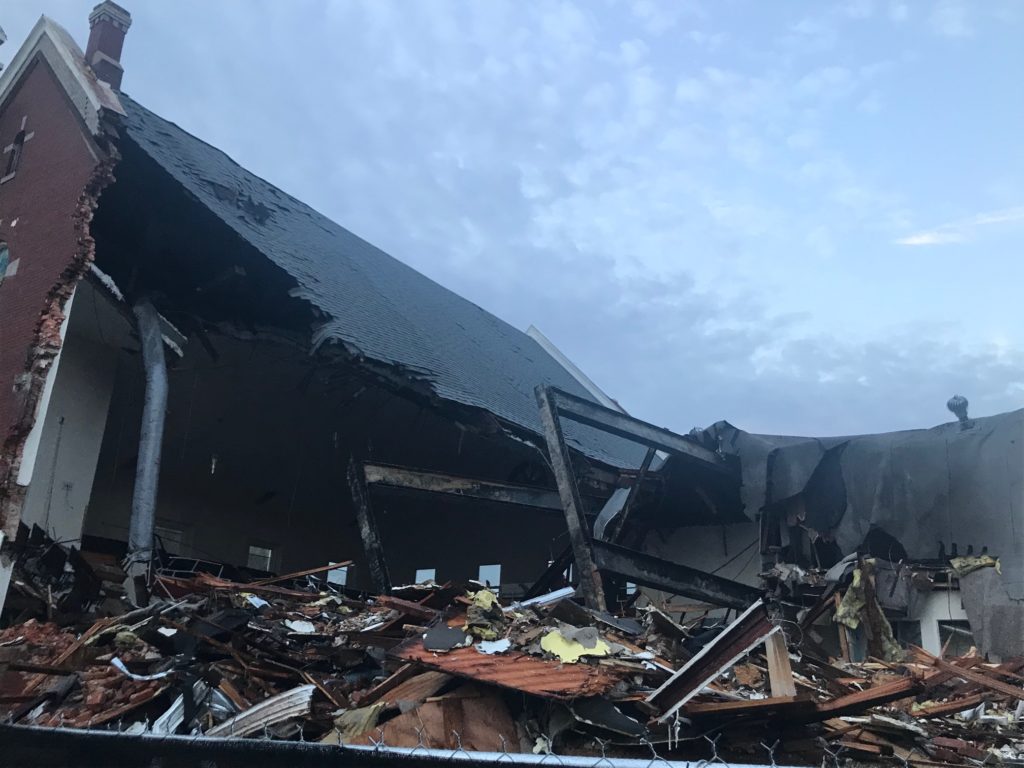