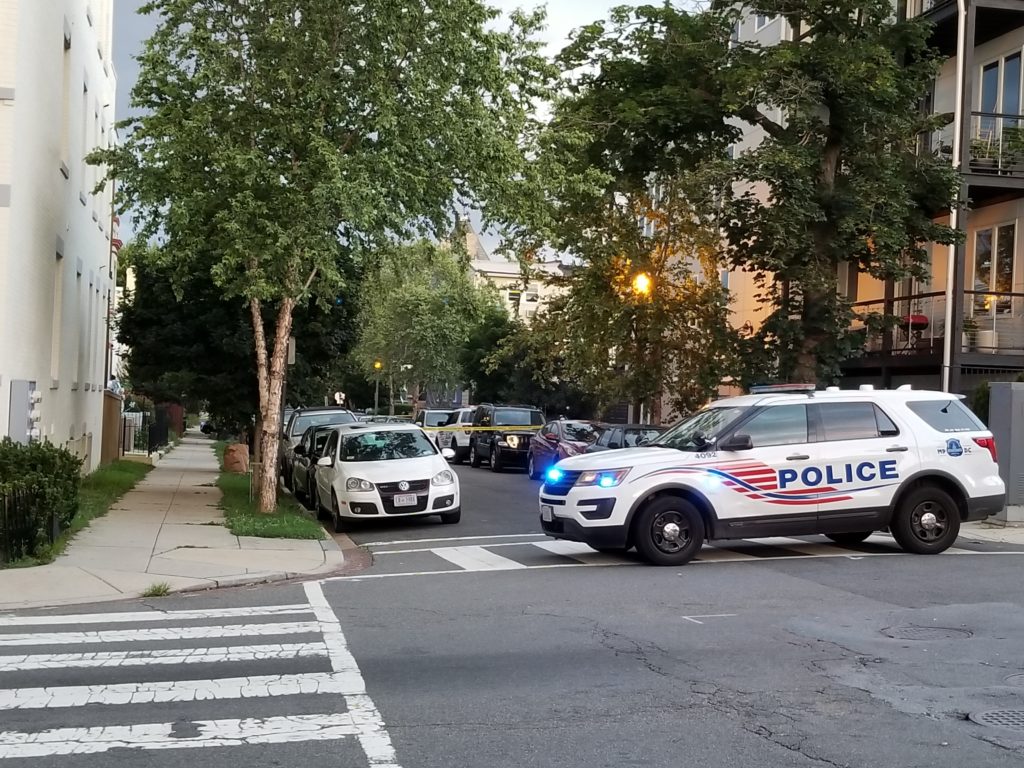 “At approximately 1840 hours, Fourth District members responded to the rear of the 3500 block of 11th ST NW, for sounds of gun shots. Upon their arrival, they located an adult victim suffering from multiple gunshot wounds. The victim was conscious and breathing. The victim was then transported to an area hospital for treatment. The suspect is described as a black male, in his early 20s, wearing a white baseball hat, a T-shirt with orange, medium complexion, about 5’10 in height, and short hair.