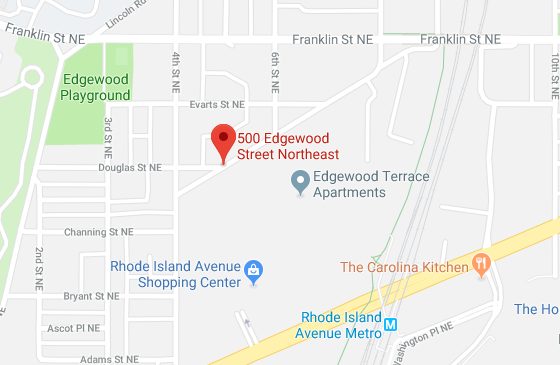 “At 7:58 am the Fifth District Dispatcher received several calls reporting sounds of gun shots in the area of Edgewood, Evarts and Channing Street NE. The officer from the Fifth District canvassed the three locations and found several vehicles that were damaged and a few homes that were struck. A crime scene was also located in the 500 block of Edgewood Street, the reporting citizens provided a great description and a hour later a man responded to Washington Hospital Center suffering from a single gunshot to the leg. No arrest have been made however any citizens with additional information can call (202)727-9099.”

Read more →
More Stories
“This is a hard location for a sit down restaurant.”Potomac Distilling Company, “an urban rum distillery and watering hole”, coming to the west end of The Wharf in September