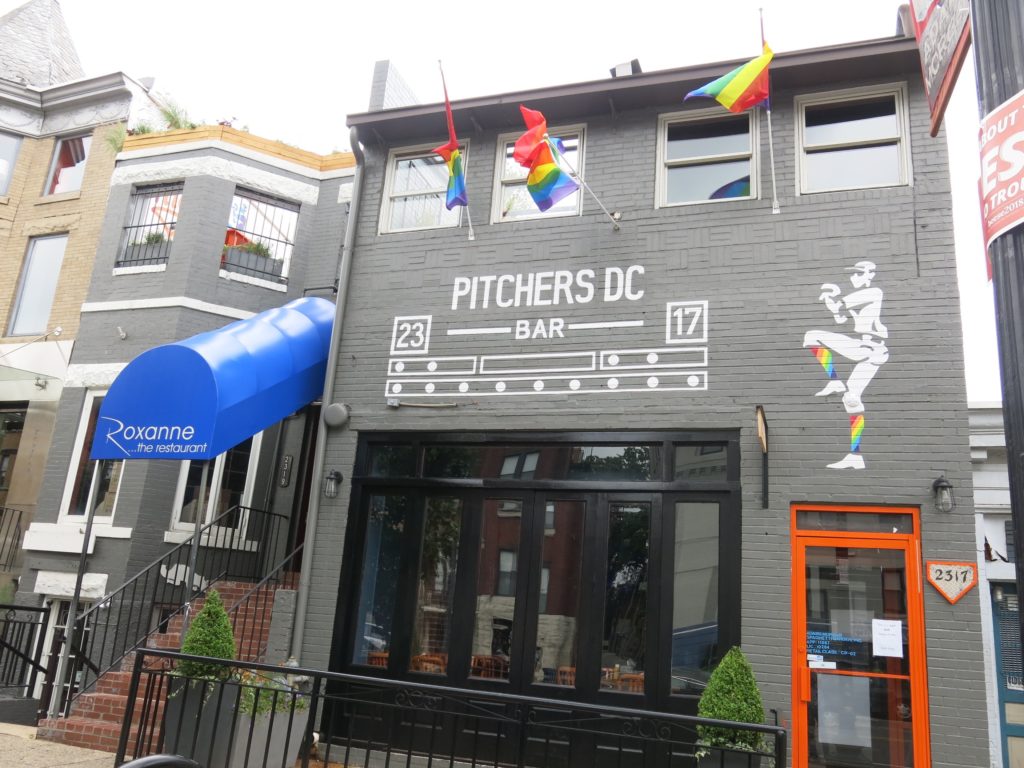 Thanks to Cameron for sending:

“Our bartender at Pitchers just told us they’re opening up a lesbian bar in the basement called A League of Her Own and I’m shook. Coming this summer.

It’d be the only lesbian bar in the city.”

“We are so happy to announce that Jo McDaniel will be joining the Pitchers Team. She will eventually run “A league of her own”. Here is a little about Jo.

Jo McDaniel has been creating a safe space in the LGBTQ bar scene in the DC area for 13 plus years. Since 2005, she has been that queer chick behind the stick at some of DC’s most relevant gay bars.

Earlier this month she won Stoli’s Key West Cocktail Classic after being the first woman to win the regionals in DC. She’s bringing $10,000 back home to Casa Ruby as well as winning $5,000 for AH Monroe, a Key West charity dedicated to providing resources for HIV and AIDS.

Jo is excited to be joining our bartending team and will be managing A League of Her Own, our queer women’s space, slated to open at the end of July.”

Read more →
More Stories
Today’s Rental has “outdoor swimming pool with sundeck and a heated indoor pool”“There is no way this should be legal.”