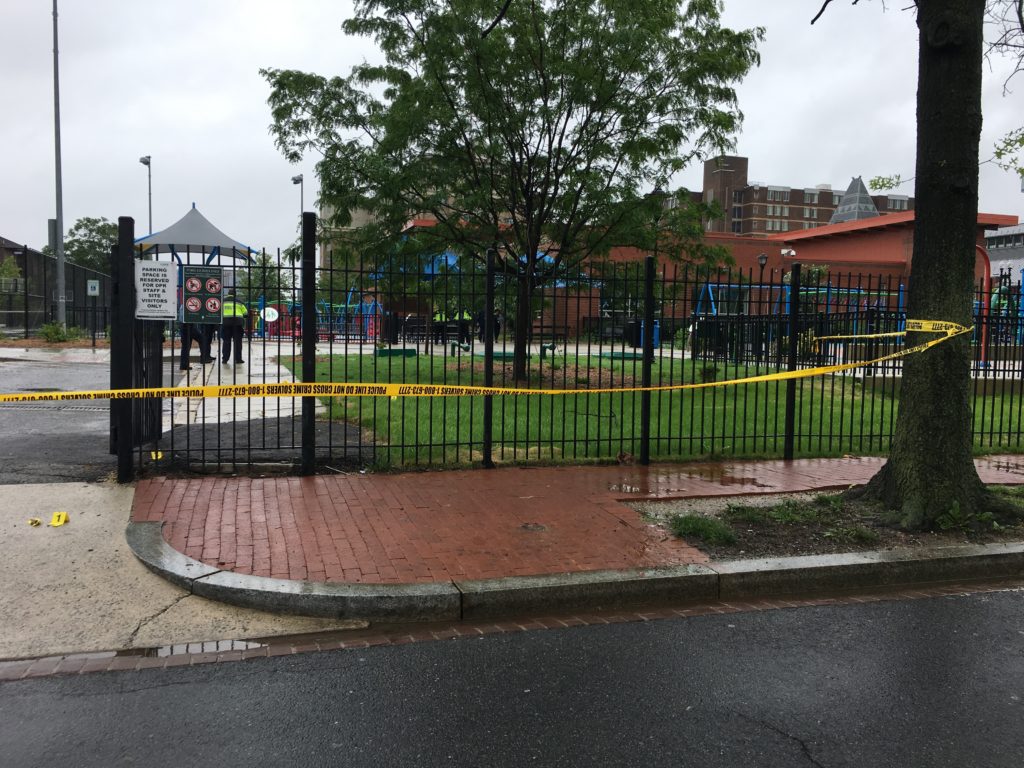 I wanted to alert you to gunshots fired that took place at lunch time Friday right in front of the Shaw playground at 7th and P St. You can see the yellow markers showing each shell casing. A total of 6 shots were fired. When I drove by and asked the police what happened all they said was “destruction of property.” I was so disappointed by this response that I walked back demanding to speak with the office in charge. Only when I pushed did they admit it shots were fired right in front of the playground. The even more concerning thing was that they seemed to be cleaning the scene up quickly so it was as if nothing happened. A few minutes later all police presence was gone.”

Read more →
More Stories
12 Of Our Favorite Events in D.C. This WeekWhere to Donate an 8 Foot Giraffe?