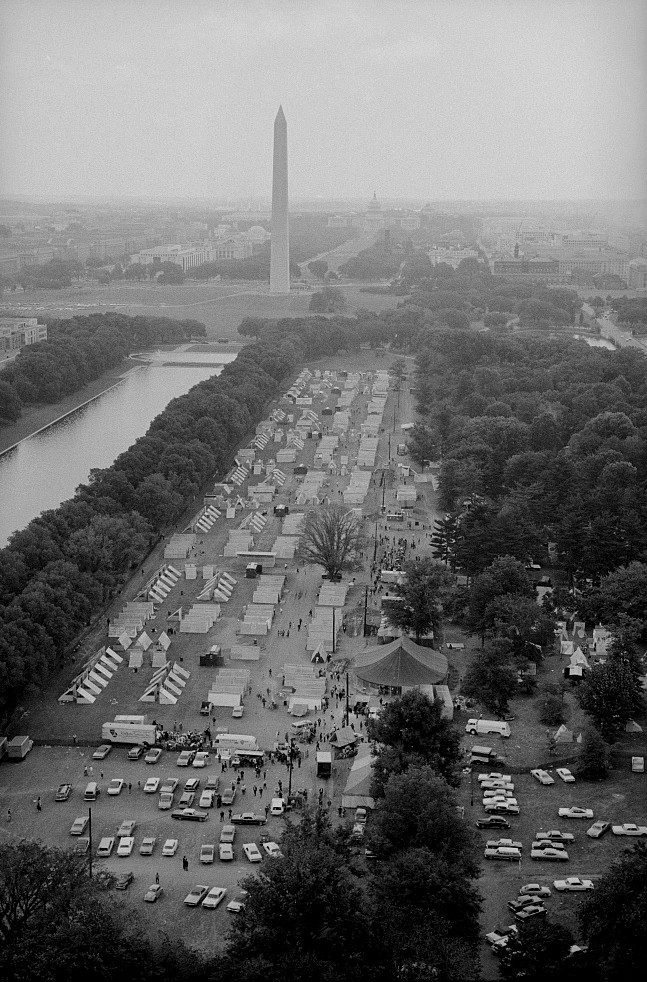 via Library of Congress

“The National Park Service will mark the 50th anniversary of the start of Resurrection City on Saturday, May 12 with a symbolic reconstruction of the tent city that was erected on the National Mall in May, 1968 to protest poverty. The event will take place from 11 a.m. to 4 p.m. at the JFK Hockey Fields, located on the south side of the Lincoln Memorial Reflecting Pool, the actual location of Resurrection City.

Rangers will be on hand to discuss Resurrection City and help visitors “reconstruct” the city by marking out the location for their own “tent” using stakes and flagging tape. Special Junior Ranger Badges commemorating the 50th anniversary of Resurrection City will be available for those participating in the activities. Temporary exhibits will be on site throughout the anniversary period to explain the history and significance of the 43-day demonstration.

Envisioned by Dr. Martin Luther King, Jr. to be “as dislocative, as disruptive, as attention-getting as the riots without destroying property,” and carried out by the Southern Christian Leadership Conference after his death, the multiethnic, live-in demonstration mobilized nearly 3,000 people from across the country to protest poverty. Living in 8-foot-by-20-foot tents that became a national symbol of the movement and occupying the area south of the Lincoln Memorial Reflecting Pool from May 13 – June 23, 1968, participants lobbied government agencies demanding access to employment opportunities, livable wages, affordable housing and more.”