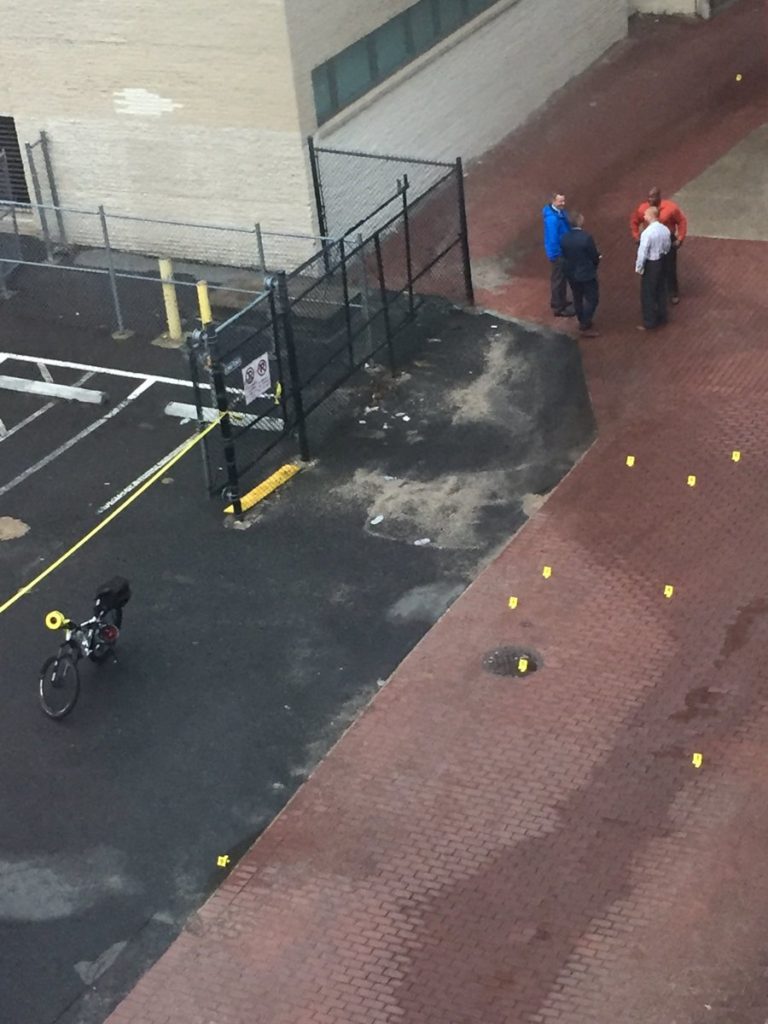 “10+ shots fired at 14th and Columbia NW at 6:30pm in the alley by Cardozo Health Center. Police were on the scene quick and have since blocked the entire perimeter including the back alley way.”

“The Third District is currently investigating a shooting in the 1400 block of Columbia Road NW. An adult male has been transported to an area hospital with non life-threatening injuries.

“I wasn’t entirely certain it was a shooting until I saw the faces walking past me looking concernedly over their shoulders. saw a child with his father, about 5 or 6, sobbing while walking away – he must’ve seen it – it was particularly disturbing, this was about 6:30pm – crime scene tape was there about an hour later, folks collecting casings I imagine.”

Next
“Any thoughts on how we can report this and help the mom and her future ducklings?”