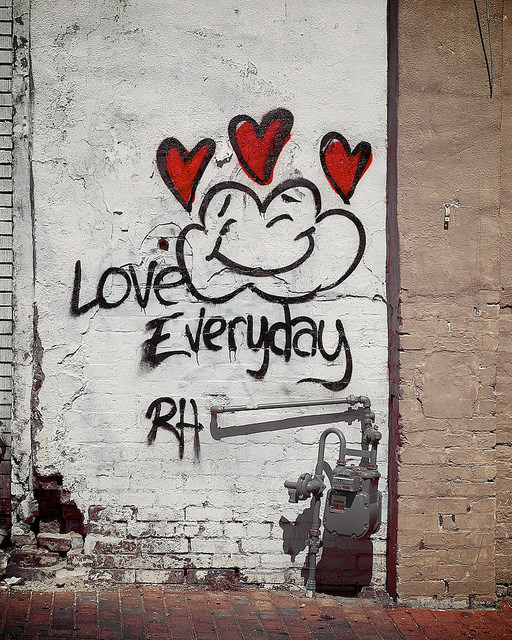 I recently finished renovating my unfinished basement in a victorian in NW DC, and had to relocate my gas meter from inside basement to outside the house. Since the basement would become habitable space, by code, the gas meter has to be moved to the exterior of the house for safety. Of course, it would also open up a lot of space too – since the meter is a big bulky thing to have sticking out from the wall. Anyway, this simple requirement turned into a big headache lasting many months, so I want to share my experience with your readers.

To move the gas meter, you need to hire both a plumber, and Washington Gas. The plumber should get a plumbing permit for the gas work inside the house – i.e. to move your existing gas line to outside the property, check for leaks, and run a gas pressure test. Once the plumber is done and the work has been inspected, Washington Gas does the rest – i.e. moving the actual meter outside the house, and removing the old pipes attached to the meter from inside the house. Since I was using a third party inspector (rather than DCRA directly), I had to deal with 3 parties for this work – the plumber, Washington Gas, and the third party inspector. The total price tag was around $4k, of which Wash Gas took a little more than half.

1) I found that Washington Gas was terrible at dealing with gas meter relocation requests. I called them every few weeks for 4 months, only to be told that someone will get back to me to schedule an estimate. Nothing happened. After 4 months of calls and never hearing back, I luckily caught customer service rep, who pointed out none of the reps I had talked to earlier had ever set up a work order in my account to actually do the gas meter work! So basically, these reps I had been talking to for the last 4 months had no training, did not know what they were doing, and had been giving me the run around telling me I will magically get a call – without a work order open in their system for the gas meter relocation work for my account, there was no reason for anyone to ever call me to schedule an estimate.

After she set up a work order, I finally got a call from the Wash Gas contractor (DCI) about 3 weeks later, and he called to set up an appointment to come out to the property. So it took almost 5 months just to get the Washington Gas contractor to come to my house to provide an estimate – of which, 4 months were completely wasted.

2) Worse, on two occasions, Washington Gas customer rep scheduled me for an estimator to come out, and I was told I had to be available the whole day – they could not provide an actual time window. I worked from home and waited all day – nobody showed up. I called them, and was given a second date – again, no show. I was eventually by another Washington Gas rep told this was another snafu at their end – that customer service reps at Washington Gas cannot schedule the estimator’s appointment anyway. The estimate company, DCI, will call directly you and set up a specific date and time to come. Frankly, the level of customer service incompetence in dealing with this issue was mind blowing.

3) Once DCI provided me an estimate, I told them to go forward with the work. It took DCI almost 2 months to get the necessary permits from DC government to do the work. Once they got the permits, they called me to schedule the work.

4) However, before Washington Gas, comes out to do the work, the plumber had to complete their work to move my gas lines, do the pressure test, and identify and fix any leaks. This work required a plumbing permit, and took about 2-3 days to complete. I had to be home during the plumbing work, because they had to keep turning anything that uses gas inside the home on and off during the gas leak tests – in my case, it was the water heater and the gas range in the kitchen.

6) Finally, Washington Gas (i.e. DCI) showed up on the scheduled date. They had a crew of about 8 people, and were done in half a day. There is a fair amount of digging involved outside the house, so my guess is they can’t do this type of work in the middle of winter. The crew that moved the meter outside the house left a patch in my front yard. A separate crew of about 5-6 people came by 3 weeks later to get rid of the patch and pour proper concrete in its place, to wrap up the job – and they did a very nice job.

7) I was without gas for a few hours on the days the plumbers were working in the house, and the day Washington Gas did their work – but that aside, the gas was on at the house.

8) My other suggestion for readers is this – if you find that you are having trouble getting an estimator to come out to your house, or scheduling the work, go to Washington Gas Facebook page and complain there. I did that at some point, when I was getting tired of nothing moving for months, and miraculously, that got immediate management level attention.

The whole process took almost 8 months from beginning to end. But in my case, the first 4 months of it was wasted because of clueless Washington Gas customer reps I had to deal with – there was no reason for it to take that long!

I hope this helps someone else!”

Read more →
More Stories
Listing of the Day: 3241 N Street NW Unit 3Today’s Rental is ” Across the street from the Library of Congress”