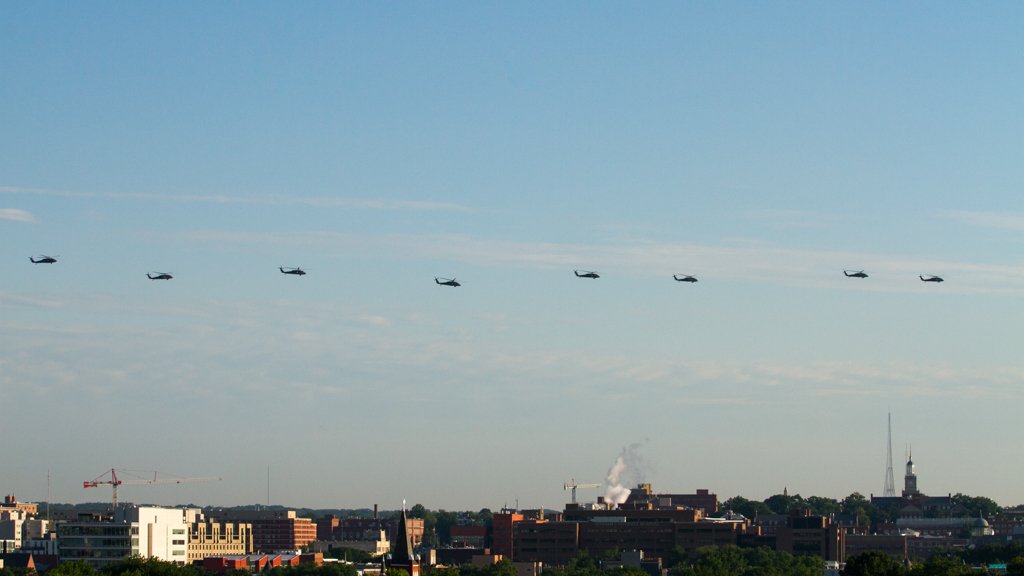 “Congresswoman Eleanor Holmes Norton (D-DC), co-chair of the Quiet Skies Caucus, will host a community meeting on reducing helicopter noise with District of Columbia residents and representatives of local and federal agencies that operate helicopters in D.C. on Wednesday, May 30, 2018, at 6:00 p.m., at the West End Library (1121 24th St. NW). Officials from the Department of Defense (DoD), U.S. Marine Corps, U.S. Navy, U.S. Army, U.S. Park Police and the Federal Aviation Administration (FAA) will participate. Norton has also invited the Metropolitan Police Department to participate.

In November, Norton hosted a Quiet Skies briefing with FAA and DoD officials about helicopter flight paths in the District, and, based on the information presented there, she decided that this community meeting was necessary.

“Noise from police and military helicopters continues to plague neighborhoods across the District,” Norton said. “Our residents want to know what can be done to reduce helicopter noise. Our meeting is necessary to give them the opportunity to lay out their concerns directly to local and federal officials, who should have at least some of the answers. We need feedback to help in delivering relief to neighbors who continue to suffer increased helicopter noise.”