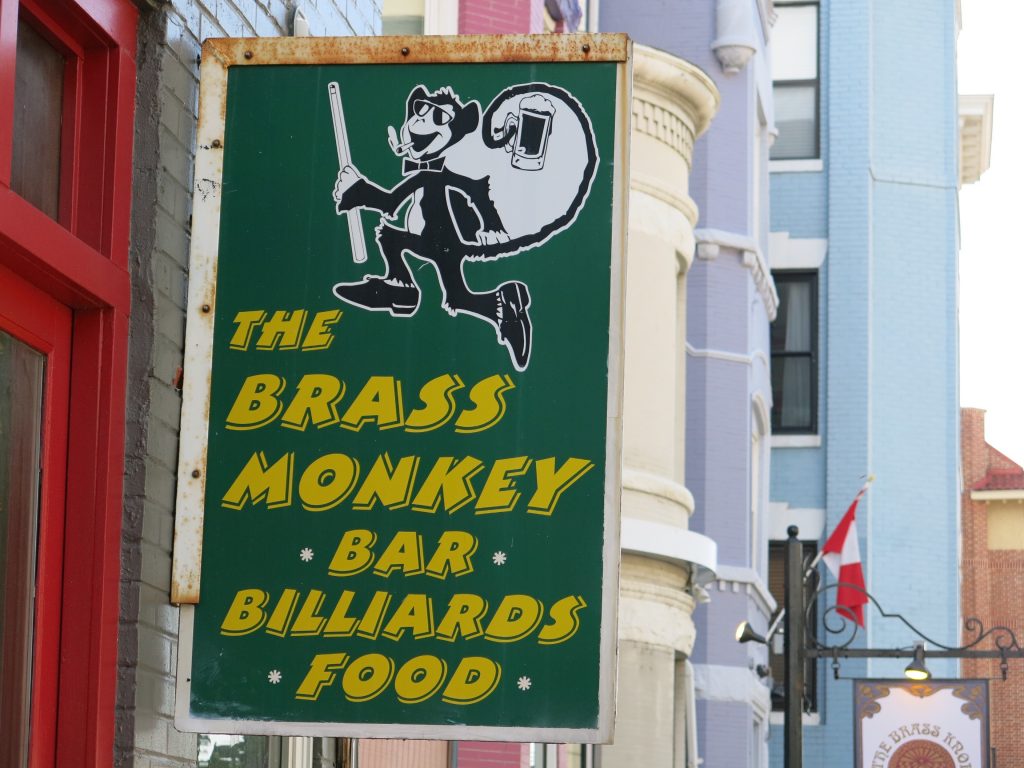 “Brass Monkey on 18th has apparently closed, from an employee who works there. It has been a fun 26 years.”

Now it’s quite possible that I haven’t been to the Brass Monkey in approximately 16 years.

Nevertheless, they had a pool table. And I played a million games at that pool table back in the day. So I shall keep nothing but my fond memories, should the closure to be true.

Perhaps it will be like the great Dan’s Cafe scare of 2015. But I don’t think so. I’m told from another source that Spaghetti Garden downstairs from Brass Monkey has also closed and that something very interesting is coming. STAY TUNED. Updates when more is known.

UPDATE: Thanks to all who messaged about the Metro Weekly story: