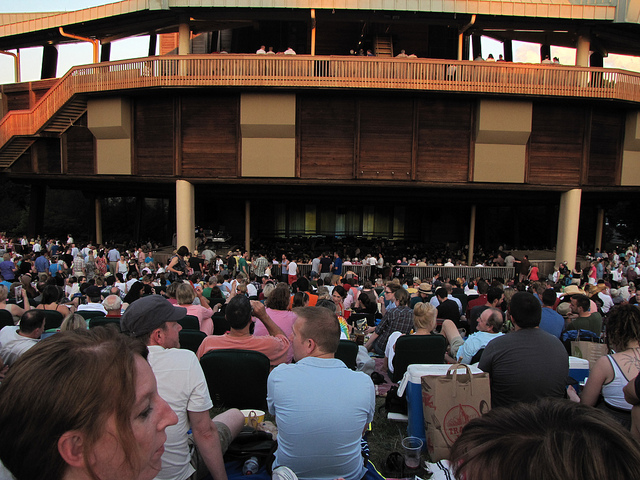 “José Andrés’ ThinkFoodGroup is proud to announce a partnership with the popular Wolf Trap Foundation for the Performing Arts, to be the featured onsite restaurant at Wolf Trap National Park. At OVATIONS by America Eats, guests attending performances at the Filene Center will be able to enjoy Chef José Andrés’ take on American classics and dine al fresco pre-show, or have the option to choose from a selection of prepared picnics. OVATIONS by America Eats will be located in the Wolf Trap National Park located at 1551 Trap Road, Vienna, VA.

America Eats Tavern is known for serving up American Classics, celebrating local and regional flavors inspired by some of the country’s most historic dishes and drinks. Andrés and his culinary team have selected the best products available, highlighting local ingredients, beers, wine and products from the mid-Atlantic region.

“We are thrilled to be forging a relationship with Wolf Trap, one of the most amazing locations in our country to experience a concert or performance,” commented Andrés. “America Eats Tavern is all about celebrating the diverse culinary heritage in this country, and we are excited to complement the enriching experience of taking in a show at Wolf Trap!”

Originally launched in 2011 in collaboration with the Foundation for the National Archives, America Eats Tavern was first conceived as a pop-up in the former Café Atlantico space. From there, Andrés and his team brought the concept to the Ritz-Carlton Tysons Corner, just outside Washington, DC in McLean, VA. America Eats Tavern will be reopening its doors in the Georgetown neighborhood in 2018.

Wolf Trap members can begin making reservations on May 1; Reservations open to the public on May 6. To make reservations and to order prepared picnics, guests can visit https://www.americaeatstavern.com/wolftrap.”