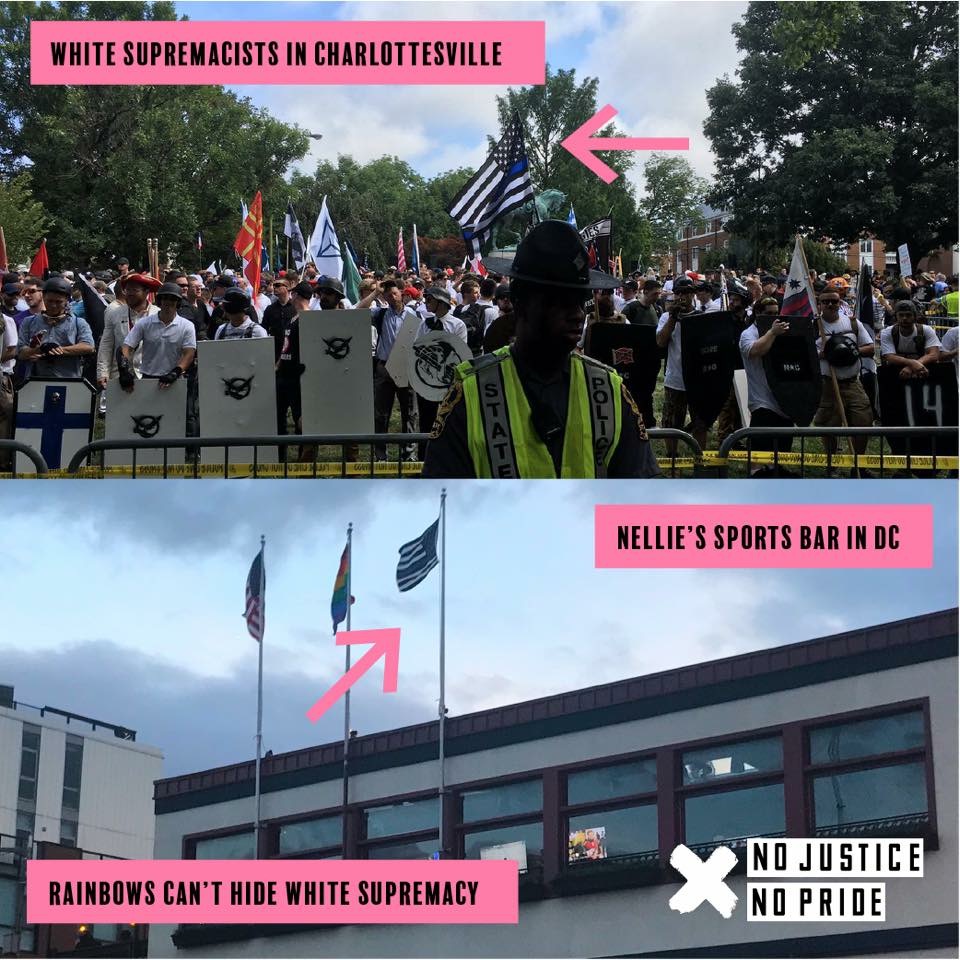 A reader sends the photo above and we had a discussion on PoPville’s twitter over the weekend:

@NelliesDC flew a #BlueLivesMatter flag yesterday and that is totally unacceptable.

We messed up. There is no excuse. We will learn from this and try harder to make Nellie's the safe, welcoming space for all that we want it to be. You can read our full statement on Facebook here: https://t.co/Il6cFtYS7R

This weekend, all of us at Nellie’s learned an extremely important lesson.

At the end of this week, a group of LGBT police officers were meeting at Nellie’s to gather in a welcoming space. This happened to fall just as we were taking down our Irish flag for St. Patrick’s Day, and we opted to welcome them with what we thought was just a flag representing the police.

Soon after the flag was hoisted, we learned from our customers and the community that this flag is also used to undermine the work of the Black Lives Matter movement, and we promptly removed it. We in no way meant to state that we are opposed to the Black Lives Matter movement, especially in the wake of Stephon Clark’s tragic death and the disturbing new facts coming to light in the Alton Sterling case.

We now understand that flying this flag — at this point in time, in particular — was at best tone deaf, and at worst offensive. We sincerely apologize to our customers and our neighbors for this egregious mistake, and want to assure you that this flag will never fly at Nellie’s again. What it represents to you is not what we want to represent, or what we want our bar to be.

We messed up. There is no excuse. We will learn from this and try harder to make Nellie’s the safe, welcoming space for all that we want it to be. Thank you for teaching us this important lesson. We want to make this better — so we will be sending a donation to No Justice No Pride, and recommitting ourselves to learning more every day.

They’ve issued a public apology regarding the issue. It’s been taken very seriously by some of their employees and the backlash isn’t just external. I don’t imagine staff was incorporated into the decision making process regarding this issue.

I walked by on Sunday morning and the flag was indeed removed and there was a line around the block to get in: 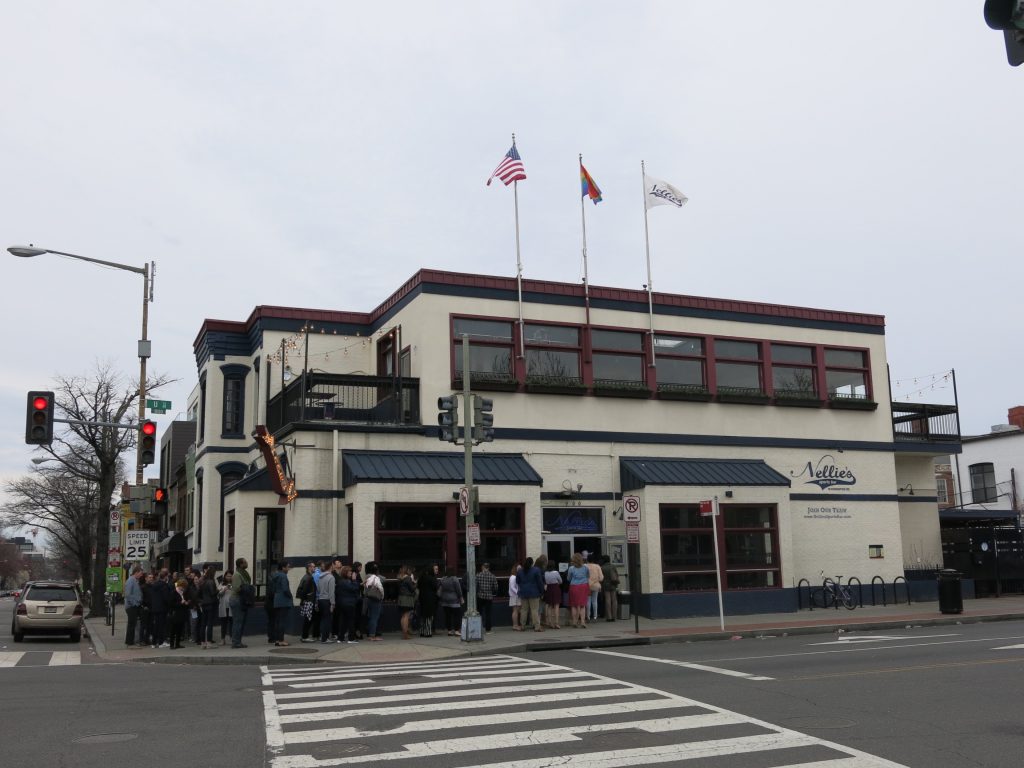 9th and U Street, NW