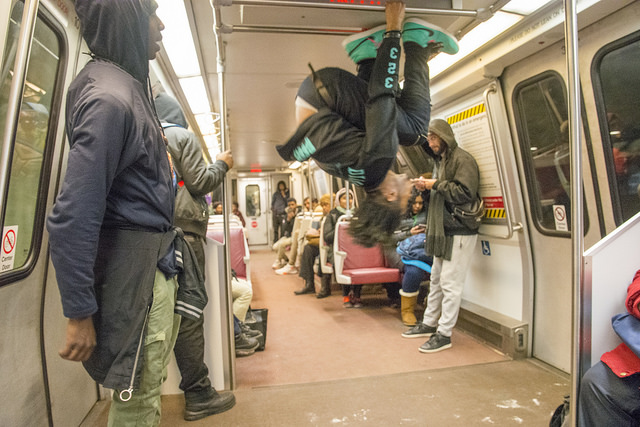 If you thought the color coordinated escalator handrails were cool, hold onto your hat!

“Metro today announced that it is working with its fare payment vendor to become “mobile ready” by next year, enabling customers to pay for their Metro trip using a mobile device rather than a SmarTrip card. 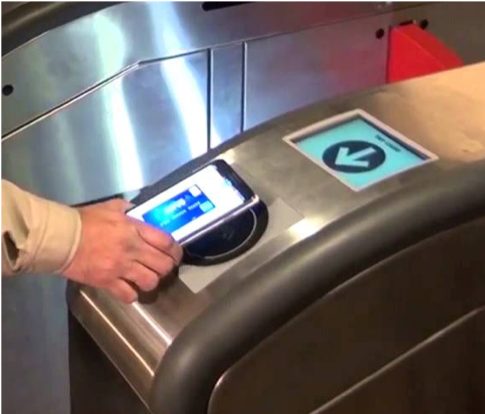 As part Metro’s initiative to upgrade its fare collection system, Metro is also developing a new fare payment app that will allow customers a quick and easy way to pay and manage their SmarTrip account from anywhere.

The new mobile fare payment platform will work with Metro’s existing infrastructure, eventually allowing customers to tap their mobile device to the white target at the faregate. The payment process is designed to be seamless and will have a similar experience to tapping a SmarTrip card today. Using the app, customers will be able to check fares, get real-time service information, and add money to their SmarTrip account on the app instantly through auto-reload when the value is low.

Metro expects to complete the mobile fare payment upgrades in 2019, creating a platform that supports multiple mobile payment providers. Because payment in the transit environment must meet certain technical requirements to ensure quick transaction speeds, each mobile provider will announce the ability for customers to pay for Metro trips using their service on their own timetable.

“Mobile fare payment is the future of transit, giving customers the ability simply to tap their phone and go, all without stopping at a fare vending machine or using a separate card,” said Metro General Manager Paul J. Wiedefeld. “Not only will this be a better, easier experience, but will cost less to operate.”

Mobile payments will be supported on Metrorail, Metrobus, and regional bus services that accept SmarTrip today.

The modernization project will be done in three phases. During the first phase, which is already underway, Metro will upgrade existing fareboxes, faregates and fare vending machines to support mobile payments and extend their useful life until they can be replaced.

During the second phase of the project to be completed by 2020, Metro will install new faregates at more than 900 entry/exit lanes at all 91 stations. The current faregates are more than 25 years old, using original power and communications systems. The new faregate design will be selected based on a number of factors, including customer input, speed, reliability, and ability to prevent fare evasion. In addition, new fareboxes will be installed on buses to replace the existing 15-year old equipment.

The final phase of the fare modernization will include new fare vending machines that will be more user friendly with large touchscreens, better accessibility for customers with disabilities, multi-language support, and a smaller physical footprint.

Once complete, the investment in new infrastructure and mobile fare payment will create a self-service model that reduces the reliance on fare equipment, operations and maintenance costs while expanding payment options for customers.”