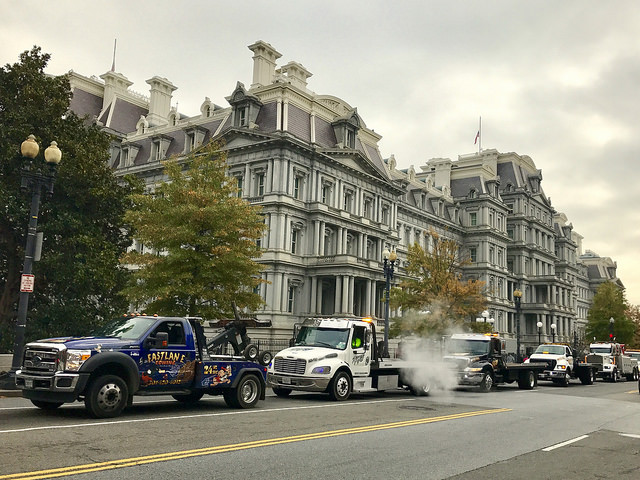 I recently parked in a street cleaning zone when I shouldn’t have. Totally my fault but I’m new to car ownership in the district. When I realized my car had been towed I called DC parking enforcement in a panic and learned that they’d only towed it less than a block away. At first I was relieved not to have to go out to a tow yard somewhere but then I realized they’d still managed to gouge the hell out of my back bumper–8 deep scratches several inches long.

It’s totally fair for me to pay tickets when I’m towed but sustaining this amount of damage seems ridiculous. Has anyone had success filing claim against DC gov for towing damage? The Office of Risk Management has a vehicular property damage claim form that requires 2 quotes for repair and am trying to decide if it’s worth it.  The car wasn’t brand new but is new to me, only 6 years old, and until now had no visible damage.”