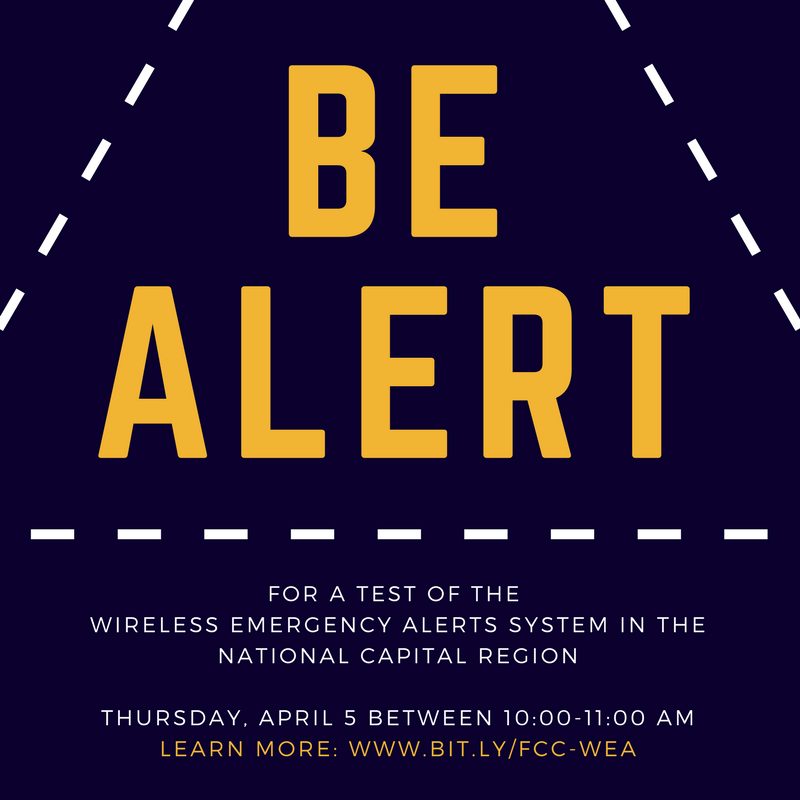 “On Thursday, April 5 at 10:00 a.m., twenty jurisdictions, including the District of Columbia, will simultaneously issue a test message to the public through the Wireless Emergency Alert (WEA) system. WEA is a public safety alerting system allowing government officials to target emergency information to a specific geographic area using an individual’s cell phone or other mobile device. WEA allows the messaging to be more targeted and efficient which is critical during an emergency.

Periodic testing of public alerts and warning systems helps local governments assess the system and identify any needed improvements. Public safety officials need to be sure that in times of an emergency or disaster, they have reliable methods and systems that will deliver urgent alerts and warnings to the public. Conducting a regional test supports the continued use, training, and improvement of the WEA system.

Individuals in the participating jurisdictions will receive the following message: “A test of the District of Columbia Wireless Emergency Alerts System. No action required.” The alert triggers a loud noise while displaying the text message on cell phones and mobile devices. Individuals do not sign up to receive a WEA alert.

Each jurisdiction participating in the exercise will draw a geo-targeted map in their WEA system. Cell phones or mobile devices located outside, but near, the participating jurisdictions may receive the WEA test because this technology uses carrier towers.”