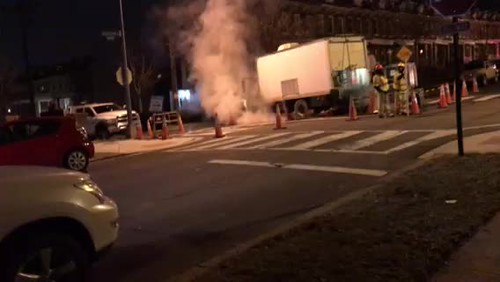 Ingraham Street, NW between 7th and 8th sent by Tom

Got a lot of queries about this one. You can see video sent to me of the smoke above and DCFD’s response below:

We were investigating an unusual odor. Found nothing harmful. The helicopter was not related to our response.

“DC water is working on the pipes on 7th/Ingraham and 7th/Hamilton St NW. Fire/Ems cleared the area and deemed it safe. The project should be completed by mid- morning.”

Read more →
More Stories
What the Hell Happened Last Night? Part One and TwoMeet Logan Circle’s Newest Adult Playground – Player’s Club – In the basement, of course, next to Shake Shack