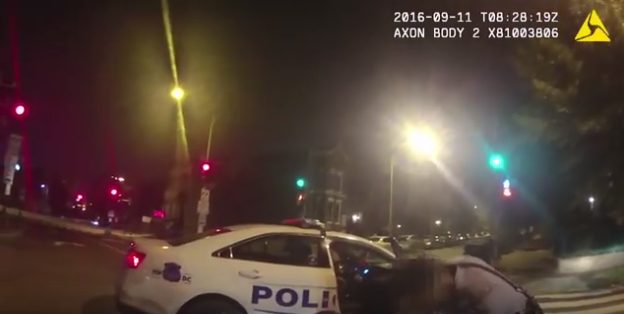 “Today, Mayor Muriel Bowser and Attorney General Karl A. Racine issued the statements below regarding a $3.5 million settlement agreement the District reached with the family of the late Terrence Sterling. The agreement resolves a lawsuit filed by the family against the District in the wake of Mr. Sterling’s 2016 shooting death at the hands of a Metropolitan Police Department (MPD) officer.

“When something bad happens, we keep the public’s trust by looking into what went wrong and taking steps to make things right. In the tragic death of Terrence Sterling, a family lost a beloved son and brother, and thus we have a duty to bring some sense of closure to his family. This settlement is a step in that direction. We can never say or do anything to bring Terrence back. But we can, and do, resolve to illuminate what went wrong and, with great determination, do what we can to ensure no family faces this pain. The respect and trust between the people and the government may face setbacks, but together we will ensure that it always endures.”

“Mr. Sterling’s death was a tragedy. We resolve to redouble our efforts to promote public safety and trust between police officers and the communities they protect in the District. While no amount of money can replace the life of a loved one, we are pleased that the parties in this case were able to come to a resolution. In this regard, we are especially grateful to former D.C. Court of Appeals Chief Judge Eric T. Washington, who mediated settlement discussions between the District and the family.”