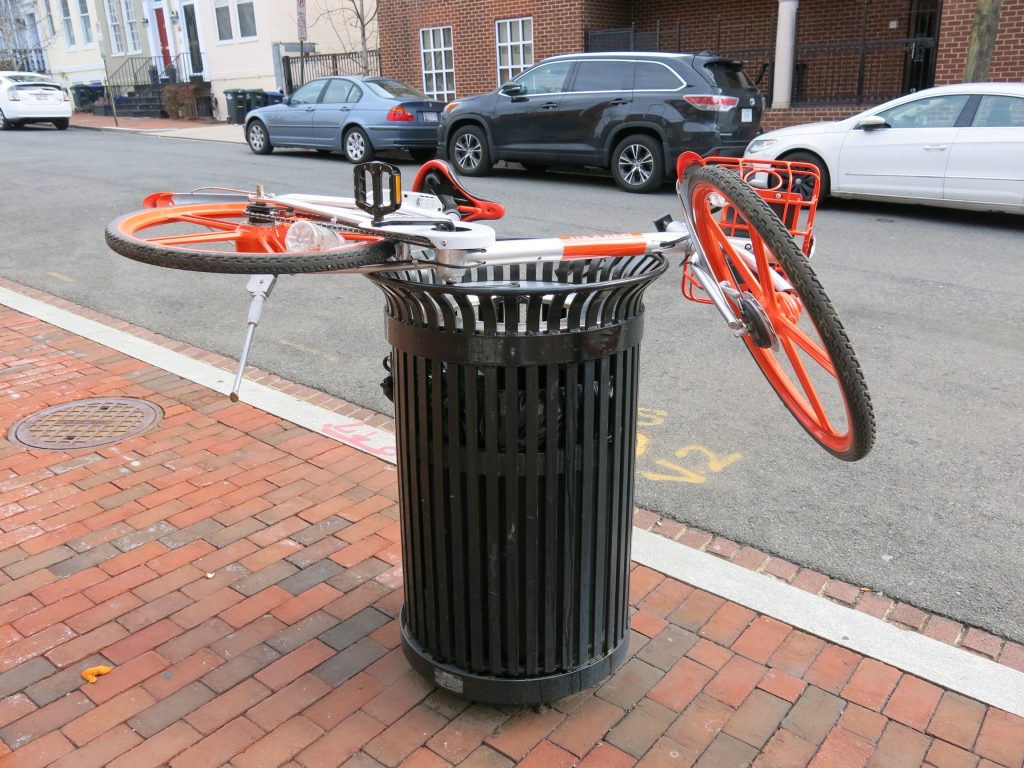 Been getting a lot of emails from folks passing on this Verge article:

Wrecking bikes has become ‘the new entertainment of underaged individuals,’ the startup says

Hong Kong-based bike-sharing service Gobee is shutting down in France after suffering what the company is calling “mass destruction” of its fleet. Gobee, which had 2,000 bikes in Paris and claimed around 150,000 users across the country, says 3,400 of the company’s bikes have been damaged and more than 1,000 have been stolen, according to The Guardian.”