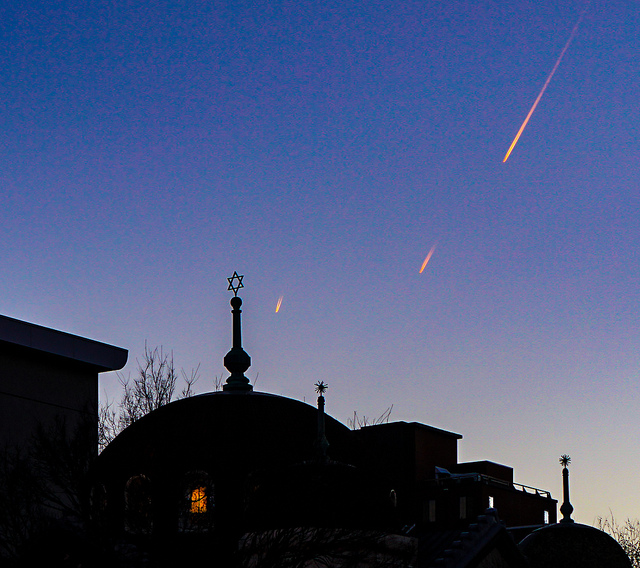 From The Jewish Federation of Greater Washington:

“The Jewish community in the Greater Washington, DC region is the third largest and one of the fastest growing in the United States, with Jews constituting roughly 6% of the area population, according to the just-released 2017 Greater Washington Jewish Community Demographic Study.

Funded by The Morningstar Foundation and conducted by the Cohen Center for Modern Jewish Studies and the Steinhardt Social Research Institute at Brandeis University, the study employed innovative, state-of-the-art methods to create a comprehensive portrait of the characteristics, attitudes and behaviors of Greater Washington’s Jewish community. The report incorporated both local and national trends and developments.

The study can be found in its entirety here.

The first comprehensive study of the area to be conducted since 2003, the study found that Greater Washington is home to nearly 300,000 Jewish adults and children in over 155,000 households. That is an increase of roughly 80,000 Jews, or 37%, to the area in the last 15 years.

In one of the more striking results, the Northern Virginia Jewish population has grown substantially since 2003 and now represents 41% of the local Jewish community, with 121,500 individuals living in 63,700 households throughout Fairfax, Prince William and Loudon Counties and the cities of Arlington, Alexandria, Fairfax, Falls Church, Manassas and Manassas Park.

The Jewish population in Greater Washington is not only growing, but also quite rooted in the community. Despite the perception of Washington, DC as a transient city, an overwhelming 94% of Jews consider Washington and the surrounding suburbs as their home base. One-quarter of Jewish adults have lived in Metro DC for fewer than 10 years.

Susie and Michael Gelman, directors of The Morningstar Foundation, noted, “We funded this study because we knew that our community had grown significantly since 2003, when the last demographic study was performed. The results of the study will be immensely beneficial to all communal institutions involved in planning and providing services that will strengthen our vibrant community.”

The study results offer a clear picture of the ways in which the markedly diverse Greater Washington Jewish population has evolved, both demographically and in the ways in which its members engage with their community and with Israel.

The community is diverse. Seven percent of of adults identify as LGBTQ, and 7% as a person of color or Hispanic/Latino. Among households with married or partnered Jews, 53% of couples include someone who does not identify as Jewish.

Despite the perception of DC as a “transient community,” 94% of Jews consider the Metro DC area to be their “home base.”

Overall, 85% of children in Jewish households are being raised Jewish in some way. Forty percent of Jewish children in grades K-12 are enrolled in Jewish part-time school or Jewish day school.

Metro DC Jews are less likely than US Jews overall to identify with a specific denomination. Over one-third (39%) of Metro DC Jews indicate that they have no denomination, compared to 30% of all US Jews. Twenty-six percent of households belong to a synagogue or another Jewish worship community of some type.

Forty-one percent of Jewish adults did some volunteer activity in the past month, either with Jewish or non-Jewish organizations.

For volunteering and charitable donations, the most popular cause among Metro DC’s Jews is education.

Eighty-seven percent of Jewish adults made a charitable contribution in the past year.

An estimated 18% of Jewish households include someone with a health limitation.”