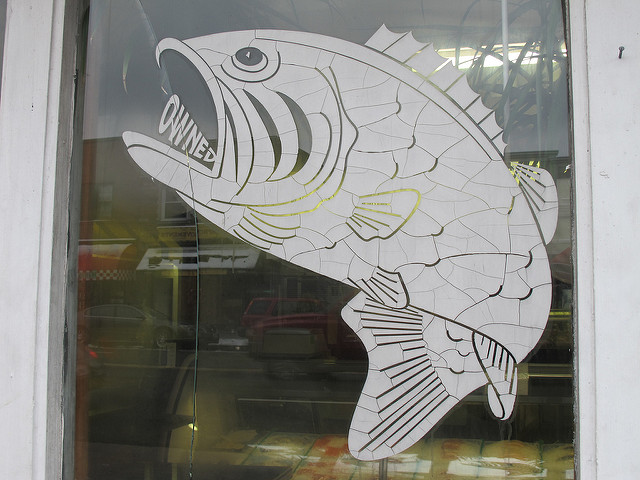 The quote that created the new title for our series:

At the RNC meeting at the Washington Hilton:

As overheard on the 70 bus:

“Elderly woman to the security guard while trying to charm her way out of paying for the bus: Who hurt you, baby? Who done you wrong?”

Ride with me, bro.

On a Saturday afternoon in January, as an ambulance screams along 10th St. NW toward U St., a guy in his 20s (no earbuds) takes his time crossing 10th, making the ambulance slow down.

As the guy gets to the other side of the street, a voice from the ambulance megaphone blasts out: “Next time you don’t get out of the way, you’re riding with me, bro.”

Many more after the jump.

But does it apply to the films?

“Skiing is like a Harry Potter book–if you don’t start young you wont get it.”

Guy in Mt Pleasant, telling his woman friend about a recent party: “There were only, like, two people dressed up. One was a wired Spider-Man costume, with his junk hanging out. It was basically, like, pajamas. Or whatever.”

Don’t even think about reading a Harry Potter Book

“I never imagined this thing called TEXTING people. I don’t know if I like it. It’s okay to text, ‘okay, I’m coming,’ but to ask, ‘what do you want for dinner,’ ugh.”
–older gentleman in an Adams Morgan playground

“there’s a whole bunch a people on the platform, get ready to get smashed up”

Not that kinda mall.

“Wait, I thought that was called Pentagon City.”

Life was easier with only jumbo slice.

We’ve come a long way since the discman.

Walking past a group of high school aged kids.

“I found a bunch of pictures of us from 5th grade on my iPhone 1” To which my immediate internal response was “WHAT? Who gets an iPhone in 6th grade?” and then on to the crude realization that I am officially old.

Thanks to all who sent in entries last week. If you are officially old, or not, and overhear a funny convo or quote – please email it to [email protected] with “I Swear to God they said that!” in the title. If there are enough entries, we’ll post again next week.

Ed. Note: A brief timeline about the revival of posting overheard conversations in D.C. on a locally owned independent D.C. blog. DCist was shut down by their publisher on November 2, 2017. On February 6th, 2018 Bizzinger wrote in the morning rant/revel – “Rant: I really miss DCist’s Overheard in DC series. Can we have one on here?” I said sure. That afternoon I wrote Per Your Request – Let’s Resurrect DCist’s Overheard in DC series!!. Folks were excited, and I got a lot of entries. On February 7th the cool kids attacked me on twitter.

In a rare bout of weakness I retaliated. Normally I try to ignore but even I have my limits when confronted with absolute hypocrisy. I’ve moved on and remembered my mantra, you cannot win a twitter war, you cannot win a twitter war. Anyway, it turns out an ‘Overheard in DC’ twitter feed was started in January, not to be mistaken with the overheard on DC metro (started in 2011), by the guy who used to run the series for DCist. I had no idea. Good for you Andrew. Your DCist column was great. Like weather reports, I think there is room for your twitter feed, me and the metro guy if they ever start it up again.

Speaking of which it is interesting to point out, what my friend Sean notes: “I remember a zine in the 90’s called “if the shoe fits” that had an overheard in dc section too.” There is also a Overheard in New York website founded in 2000. But never mind that. This is all about good humor, and there is plenty of good humor to go around.

To make amends for my completely unintentional outrageous affront, I’ve come up the title ‘I Swear to God they said that!’ because I was laughing so hard at one entry emailed to me that I replied – did they really say that? And OP responded “I swear to God.” So all the credit in the world to Andrew Wiseman who ran a series called Overheard in DC for DCist from 2012-2017 and started a twitter feed in January called Overheard in DC.